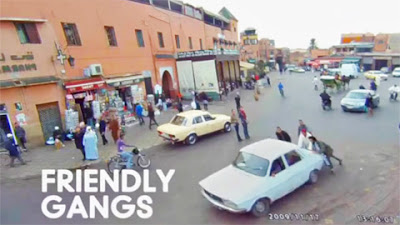 Says Martin Mercado, creative director behind the ad "People tend to associate security cameras with negative events, but we wanted to disprove that assumption by demonstrating the abundance of happy events and actions they capture".

It's simple. It's brilliant. And with the Give A Little Bit soundtrack by Roger Hodgson, I literally think I've played it over a billion times. Cheer yourself up, click play below.