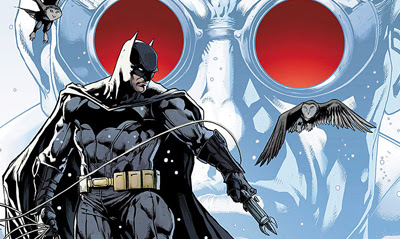 While Marvel lead in unit share by just 1.92%, May 2012 according to Diamond Comic Distributors was DC Entertainment's game. Justice League held the top graphic novel spot, Batman: Arkham Asylum toys won their market, and DC nabbed seven spots in the comic sales Top 10. Focus that to the Top 6 and this is what you get; 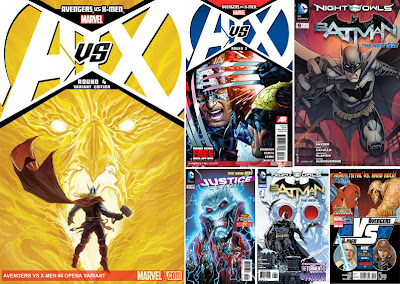 MY THOUGHTS: An annual in the Top 6?! Does that show how hot a property the Scott Snyder Batman is right now? It even bet the first issue of Grant Morrison's returning Bat-hit Batman Incorporated at #7!

THE TOP SELLING COMICS OF MAY'S PAST: 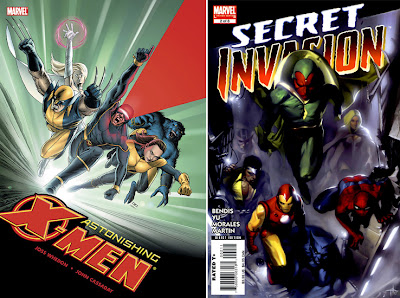 In May 2004, The Avengers movie Director Joss Whedon launched one of the seminal runs on the X-franchise ever, with Astonishing X-Men #1. In 2008 Marvel's annual event Secret Invasion took top honours with it's second issue.
Posted by IADW at 1:00 pm