Transformers Wine Rack, Steampunk Star Wars, Alien and Predator Get Married And More, When It Comes To THE CRUNCH 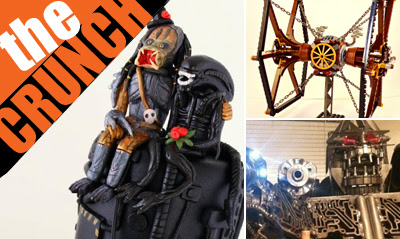 CRUNCH! Flickr user Steadibrick has created a range of Star Wars vehicle models, done in the style of steampunk! While light-speed may not be possible on a steam engine, you can see them after the jump.

CRUNCH! Put the 'sci-fi' into 'I do' with this Alien and Predator wedding cake. Sure the relationship of the two hit heart-breakers has had it's ups and downs, but seated on a jungle fortress engraved 'You may now decapitate the bride' - what's not to love? More... 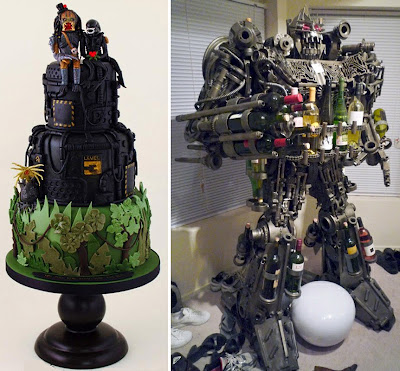 CRUNCH! Think being a Transformers fan is thirsty work? Then meet this half ton giant robot/wine rack! This Decepticon looking creation/ barman is intimidating, and at just $7000 per order, it's the must have centrepiece for this year's entertaining season. More...

CRUNCH! And since its release was mentioned all other fighting games have seemed tame, Injustice: Gods Among Us let new footage slip for the DC fighter, when G4 shot an exclusive interview at E3 (which sounds a lot like Battleship doesn't it?)