WATCHMEN: The Comic Picks For July 2012

Comic Con's are in the air, teasing all that's ahead for your top titles. Before the hype machine gets up to sixth gear, let's take a quick look at some of the actually scheduled hits coming our way in July 2012.

DR MANHATTAN (The Neon Blue Guy In The Room): WALKING DEAD #100 With a hit TV show cannibalising new fans every day, it won't surprise you that even your Gran is ordering up copies of this one. With variant covers by everyone from Bryan Hitch to Todd McFarlane she won't be putting them under the Christmas tree either. Don't let her baked goods delay you, get in and get your copy first. 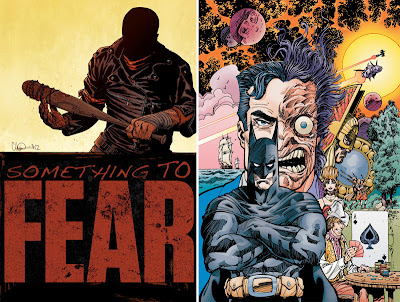 SILK SPECTRE (Stops traffic with looks alone): THE JUDAS COIN When Walter Simonson hurled Thor's hammer through the Marvel Universe it flew for all time. Now he hurls one of the coins Judas used to betray Jesus through the DC Universe, past The Golden Gladiator, The Viking Prince, Captain Fear, Bat Lash, Batman (and Two-Face) and on to Manhunter 2070! Who wouldn't flip a few coins out for that? 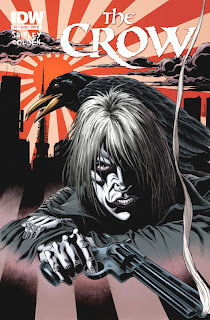 RORSCHACH (The Indie Voice): THE CROW #1 Breaking into comics 1-0-1: Produce a movie about yourself. Then comic companies will come begging for the rights, while you kick back and beat your PS3 high-score. At IDW they snatch up one of the only deserving franchises left unsnatched, The Crow, and give it a dark and eerie new home. Awesome!

NITE OWL (The Dependable Goodie): INCREDIBLE HULK #11 Writer Jason Aaron is a multi-talented man, but you have to wonder if he had a little too much 'gamma-juice' when he decided to pit Kraven the Hunter against the Incredible Hulk. Sure it could be the ultimate one page slap-down, but aren't you gagging to see it happen? 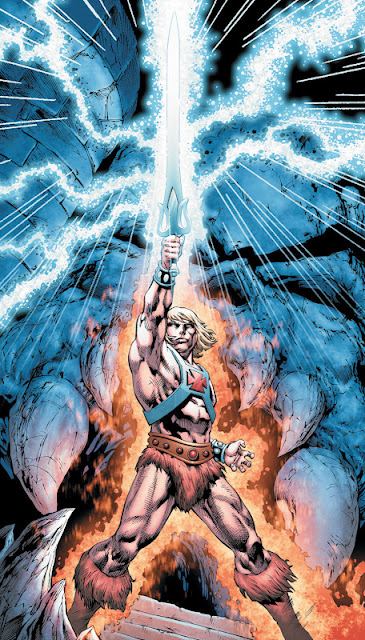 THE COMEDIAN (My Rank Outsider): HE-MAN AND THE MASTERS OF THE UNIVERSE #1 (of 6) Yeah, like you still don't shove your arm in the air and yell 'By the power of Grayskull' when no-one's looking. No? Just me? Well now the dude who started it all is back and he's brought artist Philip Tan and an even evil-er Skeletor with him!

What about you?  What comics are you looking forward to this July?
Posted by IADW at 12:09 am