With Cover Shots, I'm going to start covering a few more of the smaller publishers, and also changing how I feature the smaller guys too, starting with Dark Horse. Always a group of great guys and gals chomping at the bit with new stuff, the best of their October 2012 solicitations, read like this; 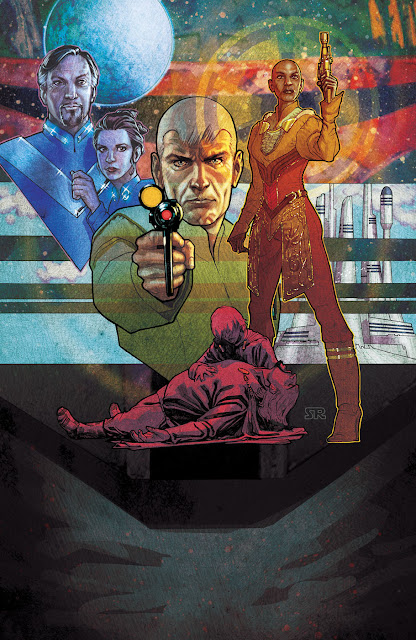 Look at those colours! It's like DC's various Lantern Corps spun around Saturn's rings  too many times after a Kilowog curry - but boy does it catch your attention!

Dark Horse says: Jahan Cross returns to his homeworld of Alderaan for a celebration hosted by Bail Organa in honor of the current Count Dooku. But the situation turns deadly when an assassin kills the Count, and Cross finds himself working both sides of the intrigue!

Thus begins a new assignment for Cross - one that will tear at his loyalties, strain his friendships, and bring him into close contact with his own estranged father. All in a day's work for Jahan Cross, Agent of the Empire! 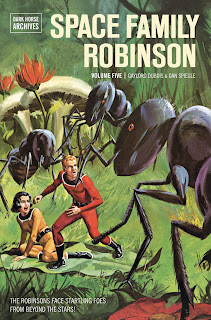 Nothing beats the retro pulp movie posters of old, and George's stunning work here proves that without a doubt. Anyone got any Raid?

Other Dark Horse October 2012 highlights include; The team battle the Nazi menace in B.P.R.D.: 1948 #1, Ghost #1 picks up where the recent #0 issue left off, and Conan's pretender is revealed in Brian Wood's Conan The Barbarian #9.

What do you think?  Sound off below. For October 2012 solicits from other publishers as they're released click here, or for Dark Horse's full October line-up, follow the jump!
Posted by IADW at 8:00 pm