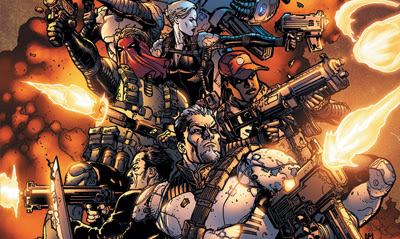 Performance appraisals at DC Comics: "What actions have you taken that contributed towards the company's success?" "I urmm, peed in the air conditioning vents of Jim Lee's car, sent emails saying how much I actually love Marvel from DiDio's email address, and oh yeah, I'm the person that thought of putting Black Canary, Grifter, Deathstroke and Amanda Waller together in Team 7, launching in October".

Regardless of anything that comes before it, the employee that says that last line should be given a pay-cheque with bonuses that would even make Geoff Johns blush. As I've said before, Team 7's frickin' genius. That aside, the best three covers from the rest of DC's October 2012 solicitations, look something like this. 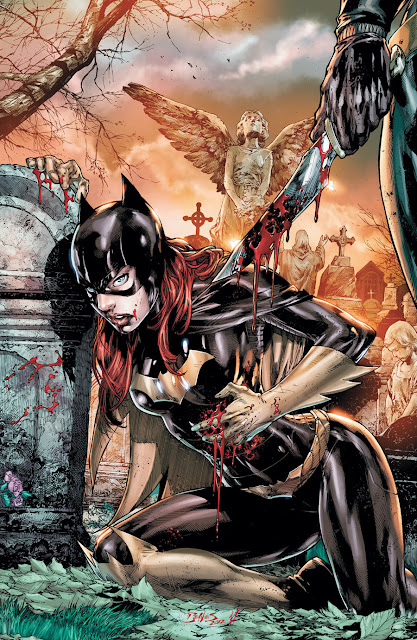 Ed Benes may have his detractors in drawing the female form, but hot damn when he reigns the overkill T&A in a little does it show off the true talent beneath. Just look here, what's better? Batgirl or that insane detail behind her?

DC says: The first meeting between Batgirl and Catwoman in The New 52! Plus, the Talon that Barbara faced during Night of the Owls is back for revenge! 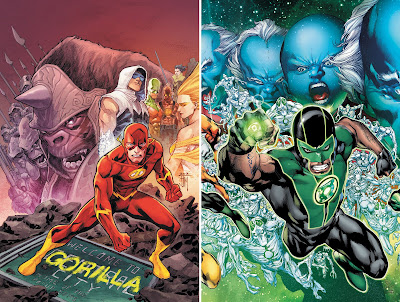 Francis Manapul - The Flash #13 Kicking off the Gorrilla Warfare arc, this cover is also a pretty sweet poster for all that's happened in the series so far.
Ivan Reis - Green Lantern #13 Reis back on GL, new characters for it's Rise of the Third Army story-arc, but the one aspect that rocks more than anything? This awesome solo cover is actually part of the crossover's interacting covers image (and we all know how addictive those things are). See full image below.

What do you think?  Sound off below. For October 2012 solicits from other publishers as they're released click here, or for DC's full October line-up, follow the jump! As for the below, just click to enlarge!