IDW Publishing fire up their launch of 2000AD based material into the US market in October 2012 with The Zaucer of Zilk. Sure Judge Dredd won't be far behind, but let's hope Slaine and the rest of the range drop in from time to time too. As for IDW's October 2012 solicitations, these covers and hits rank the best.

COVER OF THE MONTH: Andrew Wildman - Transformers: Regeneration One #84 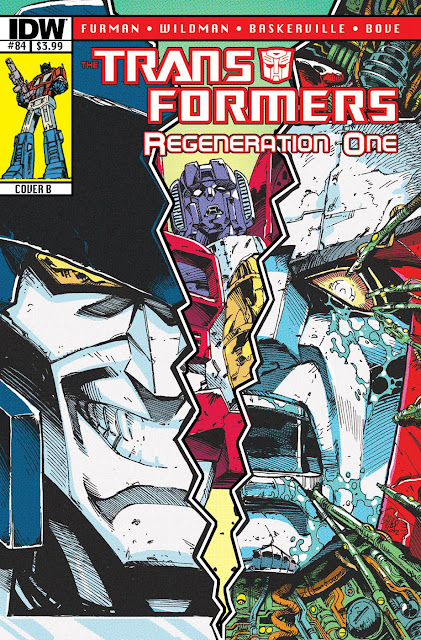 The series that continues along the continuity of Marvel's former Transformer series scores a hit with a cover thatshows on wicked Decepticon (Megatron), one helpless Autobot (Ratchet) and Starscream the caniving schemer caught in the middle!

IDW says: LAST STAND! Things go from bad to worse as MEGATRON tightens his remorseless grip on planet Earth. Can the Wreckers save Kup? Can they reach the Ark in time? The odds have never been more stacked against them. But you know what they say: "When all hope is gone..." And what exactly is up with Starscream? 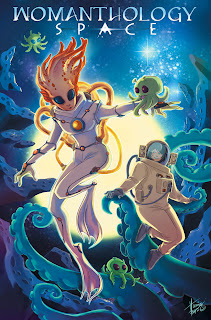 This alien stories spotlight issue of the female comic creator created anthology series gets right to the point, with one stylish yet spooky alien scene.

Other IDW October 2012 highlights include; Card gamers rejoice with Magic The Gathering: Path of Vengeance #1, Gil Kane's Spidey work gets its collected in Gil Kane's Amazing Spider-Man Artists Edition, and the festive season draws near with Mars Attacks The Holidays one-shot.

What do you think?  Sound off below. For October 2012 solicits from other publishers as they're released click here, or for more IDW, follow the jump!
Posted by IADW at 11:39 am