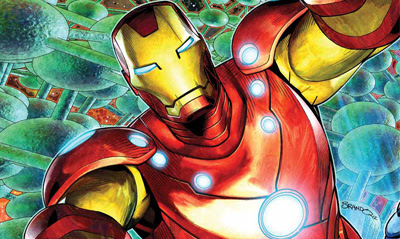 I know you can't make an omelette without breaking some eggs, but boy Marvel doesn't do anything by halves do they? Of all the Marvel October 2012 solicitations, these covers take top honours as the curtains rise and fall. 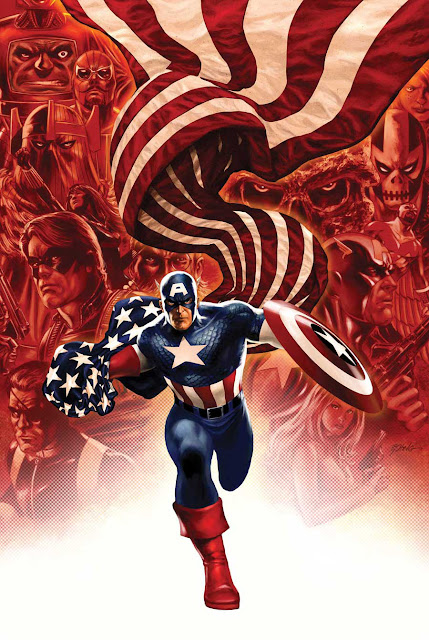 With writer Ed Bubaker's landmark Cap run coming to an end this issue, you would turn to the artist who was there at the start wouldn't you? Creating one another iconic image to come from the series, the only thing missing is the kitchen sink. Oh yeah, and The Invaders.

Marvel says: Final Issue. Steve Epting returns for the grand finale of Ed Brubaker’s EPIC RUN on Captain America, and the end of an era! 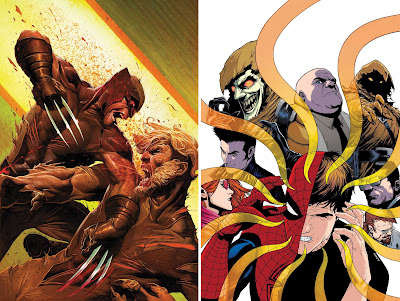 Jerome Opena - Uncanny X-Force #32 Wolverine vs Sabretooth has rarely looked this feral. Victor Creed, it's good to have you back.
Steve McNiven - Amazing Spider-Man #695 Hobgoblin and The Kingpin back in a Spidey book? Ho boy, this already feels like those great Web of Spider-Man tales of the 80's. What a great cover to countdown to ASM #700!

What do you think?  Sound off below. For October 2012 solicits from other publishers as they're released click here, or for Marvel's full October line-up, follow the jump!
Posted by IADW at 11:20 am