At SDCC Valiant Entertainment named their three year goal as establishing 15 monthly titles. With another to be launched before the end of the year and another in April 2013, here are the best covers from their current October 2012 solicitations. 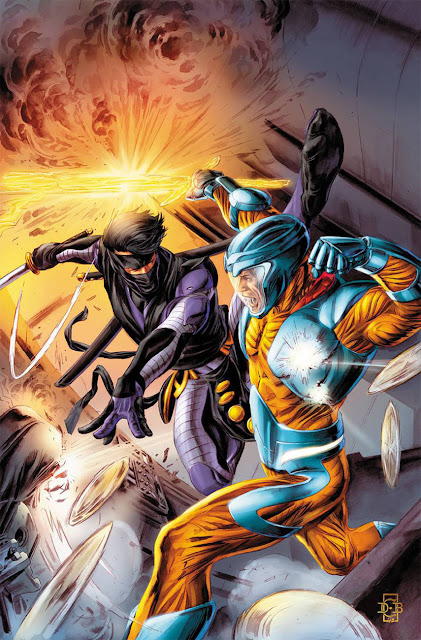 You will believe a ninja can take on a barbarian in an alien warsuit!

Valiant says: Ninjak vs. X-O Manowar: Round 2! Aric of Dacia has bonded with the most powerful weapon in the universe, but his command of the sentient X-O Manowar armor will lead him to cross swords with Ninjak, the world's most skilled weapons specialist.

Hired by members of The Vine hidden deep within Earth's governments, Ninjak has been sent to bring back the Manowar armor at any cost. It's raw power versus stealth and cunning in the second installment of the espionage-edged thriller that pits two of Valiant's most popular heroes against each other -- to the death. 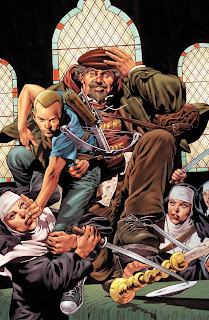 Few sights in comics are as cool as warrior nuns. There's just something about a lady of the cloth out for blood that screams sinfully good. Here is no exception!

Other Valiant October 2012 highlights include; The original arc of the original Bloodshot series is collected under a new Barry Windsor-Smith cover in Valiant Masters Bloodshot Vol1, Peter Stanchek finally and fully cuts lose in Harbinger #5, and the modern Bloodshot's memories of a family life all come flooding back in Bloodshot #4.

What do you think?  Sound off below. For October 2012 solicits from other publishers as they're released click here, or for more Valiant, follow the jump!
Posted by IADW at 11:37 am