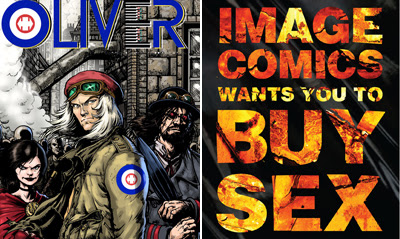 While quite a few titles on my pull list got cut over the last few months, it hasn't been a case of simply swapping DC for Marvel and vica versa. Publishers like Image Comics have taken a bite back, with Fatale, The Manhattan Projects and Saga outstanding reads each and every issue. Especially that Saga, hot damn is that something else.

Now out to prove they can spawn even more hits in a year, Image has unveiled it's list of titles to prepare for in the 365 days ahead. 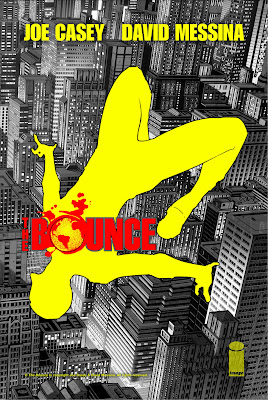 Firstly, the best writer outside (or should that be alongside) Grant Morrison, Joe Casey is launching two fresh titles. Sex, embracing superhero sexuality and illustrated by Piotr Kowalski, as well as Bounce, which promises crazy concepts drawn by David Messina. Even with an obscured main character, that is one striking cover!

New Warriors and Transmetropolitan star artist Darick Robertson will launch Oliver, joined by The Book of Eli's writer Gary Whitta. A steampunk reinterpretation of Oliver Twist, the title is set in a post-apocalyptic future where clones work as slaves. 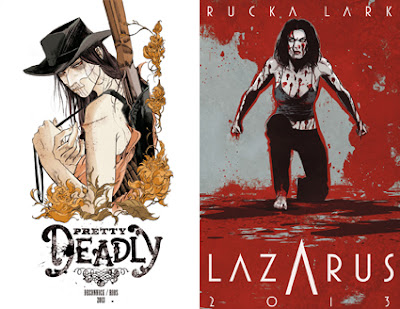 Kelly Sue Deconnick joins artist Emma Rios for the Sergio Leone inspired Pretty Deadly, a title about a western assassin competing for a prize she does not necessarily want. Eric Stephenson's Nowhere Men will explore the earth made if scientists were our idols, not rock stars. James Robinson will unleash mini-series Saviours with J.Bone. An alien invasion based Mexican horror, the worlds only hope lies in a young stoner getting people to believe him. 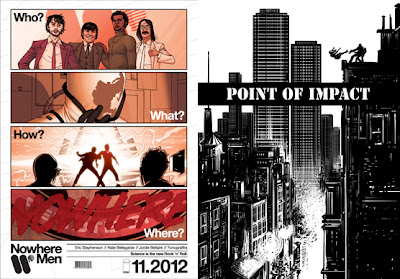