"There's rumor of a new species in New York. It can be aggressive, if threatened... "

Revamping an origin is Russian Roulette for any creative team. If that origin belongs to a global icon like Spider-Man, you automatically load five out of six gun chambers with bullets. Preceded by awesome trailers, Director Marc Webb's The Amazing Spider-Man looked to have Lady Luck on its side as it began an all-new spider-movie trilogy, only for the trigger to be pulled and all hopes placed shot down in flames. 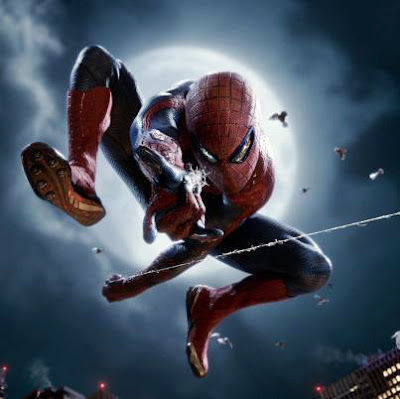 Discovering scientific codes left by his deceased parents, hidden in his adoptive Aunt and Uncle's basement, young Peter Parker tries to fill in the mystery surrounding their deaths. As his search sees him bitten by a radioactive spider and given matching powers, so too does it lead to the mixing of DNA for leading genetic scientist Dr Curt Connors.

But where Curt's intentions were to fuse reptilian DNA in order to save human lives, he soon finds his formula transforming him into The Lizard. A monster obsessed with destroying all human life and replacing it with kindred of his own.

Nothing wrong with that. Quite true to the source material when watered down that far and boosted by a variety of solid performances across the board. The catch? The Amazing Spider-Man not only dumps all promising themes halfway (to be picked up in a sequel no doubt) while it falls back to a typical beat 'em up plot, it misses the heart of the two super-powered arch-rivals in the first place. Sure Andrew Garfield plays an utterly awesome underdog, skateboarding, brooding, girl-stalking, science student, but it's a horrible Peter Parker. 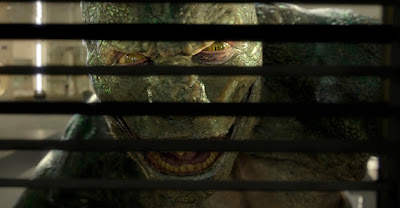 While the flip from the juicy and unique trek into the disappearance of Pete's parents can be blamed on the fact their comic motives involve an organisation currently starring in another studio's hit film franchise, Peter Parker's abandonment of his classic 'downtrodden optimist' spirit, almost makes the film feel like Twilight in a spider-suit.

Peter as a character has too much heart, and the death of his Uncle Ben and the effect it has on his Aunt May is something he not only shoulders completely, it shapes his entire outlook going forward. Here, his out of character actions not only replace the fabled boxing match leading up to the death in the family, but after said event occurs, the burden is rarely referenced, as Pete focuses on revenge, getting the girl and the scientific theories running through his self-centred mindset.

Acting aces, Martin Sheen and Sally Field play the true-to-form roles of Uncle Ben and Aunt May effortlessly. Despite being an emotional wreck Pete leaves abandoned for the majority of the film, Sally's caring wise matriarch of the family soaks up every scene she is in. Staring at the camera with puppy like eyes, you feel she has just realised this isn't the super-hero film fellow actor Morgan Freeman is having such a blast in and now desperately seeks a way out. 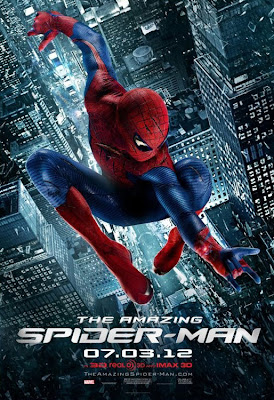 While she doesn't manage to find an escape route like Sheen does, father of Pete's love interest/ obsession Gwen Stacey, Captain Stacey, actually addresses Pete's self-serving alter-ego agenda in continuity. Thinking the film is getting back on it's feet, it is only moments after another out of character moment happens, just before the tween-romantics first kiss.

As for the villain of the piece, The Lizard was always going to be a hard sell. Rhys Ifans voice does a great job at making you realise there is a smart man inside the monster, yet this character too lacks his heart; his son, who helps give his human mind a reason to fight, when the reptilian side tries to take over.

Without that moral centre to identify with, the mental arguments Connor has make no sense, leaving the Lizard's sole benefit creating some sweet CGI fight scenes with the Spidey and a back-drop to the funniest Stan Lee cameo of all.

Stunning 3D spider-swing sessions aside, the ending is chessier then your favourite pizza (synchronised cranes and all) and even with the after credits scene giving rise at rumour of the Sinister Six being at the heart of this trilogy, only half as filling. IMDB state Ann Hathaway was meant to join this cast in the role of Felicia Hardy (The Black Cat), before taking the role of Catwoman in The Dark Knight Rises. Now something tells me due to that decision, the only person smiling after seeing this film is her.