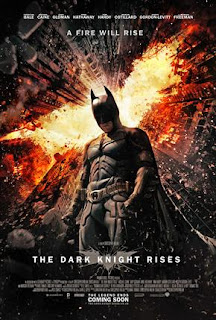 Gotham, take control... take control of your city. Behold, the instrument of your liberation! Identify yourself to the world!

Hope. In The Dark Knight Rises the concept is well ingrained. As Gotham City marks Harvey Dent Day, his legacy, the illusion of hope for a better tomorrow is about to come crashing down. As hope struggles to find shelter in the chaos, you realise the aspiration defines director Christopher Nolan's Batman. 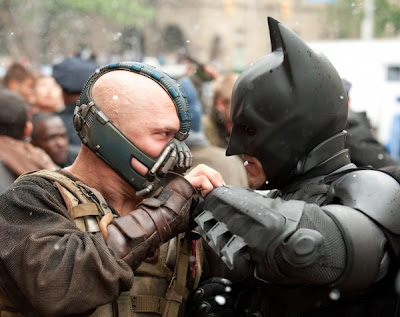 This film is beyond any mere rating. Even at two and three quarter hours, it is a trilogy ending like no other. Epic in scale and heart, a stellar cast, plot twists and secrets so BIG, you'll wonder how they never got leaked in this modern internet age, all make for an independent movie few could even compete with.

Bane (Tom Hardy) has come to Gotham to finish what others have started, raising the city to it's knees. As Bruce Wayne (Christian Bale) pulls 'Batman' out of 'death', he realises in the most painful of ways, that the spirit that fuelled the character has gone. In his defeat at the hands of a man both determined and fearless, is a devastated metropolis. One whose hopes land on the shoulders of the few and in Bruce Wayne's ability to learn the lessons of child that lept where no man before them could. 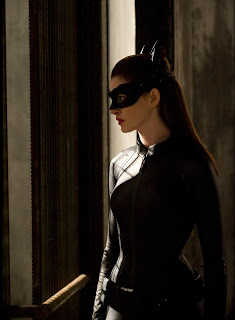 Yip that's a pretty spoiler-free description. One word of advice however; assume nothing. Like the dubious Selina Kyle (Anne Hathaway), keep your eyes peeled. The twists are everywhere.

Speaking of Hathaway, this is her best role yet. You never know which way this Selina Kyle will face when dropped, or who she'll land on her feet for, the people or her own motives. An anti-hero, both deadly and noble, it is Catwoman you will most want to buy comics of after the credits have rolled, and hopefully DC is taking notes of this portrayal too.

Joseph Gordon-Levitt is the other standout for me. In his role as police beat cop John Blake, his journey to be an everyday hero for decent people in the wake of both Commissioner Gordon and Batman's actions is incredible. It ironically reminds me of the one character that got me into comics and had me longing for the return of Gotham Central. At least to a point. 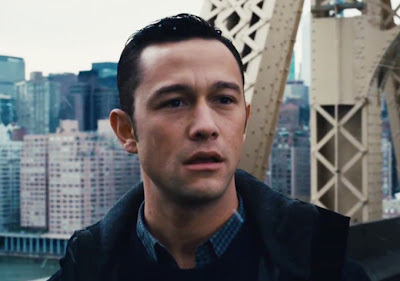 Alfred (Michael Caine), Lucius (Morgan Freeman) and Commissioner Gordon (Gary Oldman) are all back. Their continued strong performances for what is almost a combination of Bat-story-arcs Knightfall and No Man's Land, help thread the trilogy together as it races towards it's epic conclusions. Note the plural. It's just not a conclusion at work here. Threads have been sown in right from lines in Batman Begins you probably paid no attention to, until you hear them referenced again here.

Sure Bane's voice is brilliantly audible 99% of the time and frustrating for one, but the accent of the back-breaking terrorist adds so much menace to his stance, actions and character, it becomes like poking holes in Picasso. Plus, the expressions Tom can portray just with one half of his face, will stun you.

Believe me I want to say more, I want to spill more - oh boy do I want to say more, but I won't. Dark Knight Rises is the trilogy-ender I was hoping it would be - proving having three successful movie instalments is not impossible - and not even The Avengers can stand against that.