LEST WE FORGET: The Black Knight Rises

Despite having a first class ticket to ride, some of comics best miss the train and often get left to aimlessly wonder the platform, all but forgotten. In Lest We Forget, I pluck a limbo-lingerer's need for a comeback. Today, it's Marvel's Dane Whitman aka The Black Knight. 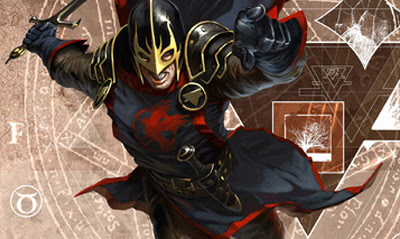 Sure The Dark Knight Rises may be getting all the press at the moment, but while Marvel's Avengers are still team creme of the crop it's the perfect time to polish up the man that was at their core for so much of the 90's, The Black Knight.


WHY HE IS COOL: Medieval Magic Meets Modern Day Might
Dane has everything it takes to be a standout character. He has a twisted lineage of former Black Knights (including his villianous uncle Nathan Garrett), all the way back to the reign of King Arthur, the 'everyman never-give-up' perspective and he's served on pretty much every Marvel team ever, meaning his adventures can take him anywhere - even the Ultraverse (hint, hint)! Plus he often rides a flying horse - what's cooler than that?

Proving ladies are suckers for a dude with a decent sword, Dane has never being shy of attention from the opposite sex. During the 90's, in Captain America's absence, Dane fell into a pseudo-command position within Earth's Mightiest. Stuck in a love square situation, Dane balanced the direction of the team, his evil alternate universe duplicate Proctor's actions and the affections of both Proctor's prey, Sersi and Quicksilver's then wife Crystal! 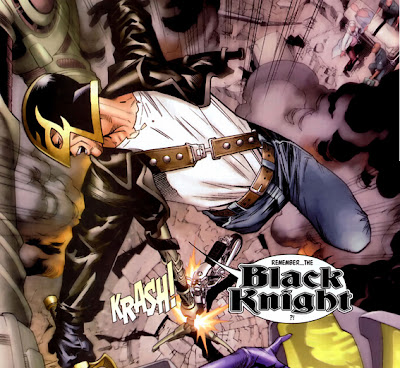 While his primary weapon, the Ebony Blade has often proved cursed in regards to drawing blood and it's effect on it's wielders sanity, Dane's strategic mind and sharp fighting skills have seen him tackle everyone from Apocalypse to Dracula himself. Did I mention his flying horse?

HOW I’D KEEP THE BLACK KNIGHT FROM BECOMING HISTORY: Easy - if MI:13 isn't getting a revival or Excalibur, get him back in The Avengers! Dane is the guy who not only took out Exodus (who?), but also the Avenger that actually took down the Kree Supreme Intelligence in Operation: Galactic Storm. If things in The Avengers are truly going to get cosmic, you want that kind of guy at your side, especially if the Kree decide to dig up old grudges...
Posted by IADW at 1:30 pm