MAKING A MARK: Francesco Mattina - The Pro Who Should Be Drawing More Batman

Every week, Making A Mark gives an insanely talented artist some IADW brag-space. Today as I'm going to see Dark Knight Rises on the 19th (that's tomorrow), I want to spotlight the one dude I want to see get his shot to make the Dark Knight rise most on a monthly basis. You might know him as Francesco Matt Mattina - but to me, he's 'the guy who needs to be put on the first plane back to Gotham'. 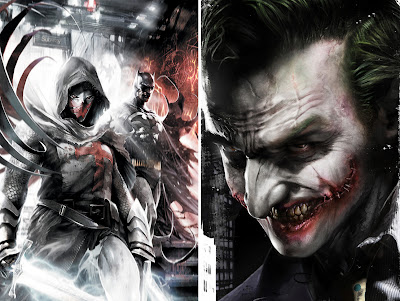 Sure he's had his wicked covers wrapped around everyone from War Machine to the Thunderbolts, Nova to second tier bat-titles Batman Confidential and Azrael, but come on - nothing is like drawing a core Batman title! Imagine what a whole story arc, with interiors rendered in his darkened photo realism could do! 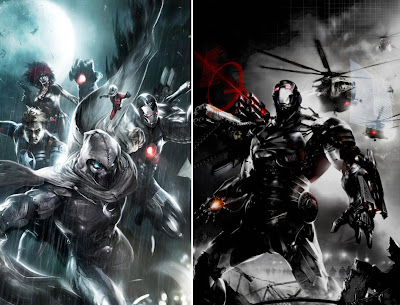 Okay so he's drawn a bit of Marvel's main Dark Knight too, Moon Knight, but this Italian pro works better in black then he does whites. Just look at that War Machine on the right! Make that Bats with the Gotham P.D. in the skies behind him, and you have imagery that will bring a blockbuster look right to Wayne Manor. 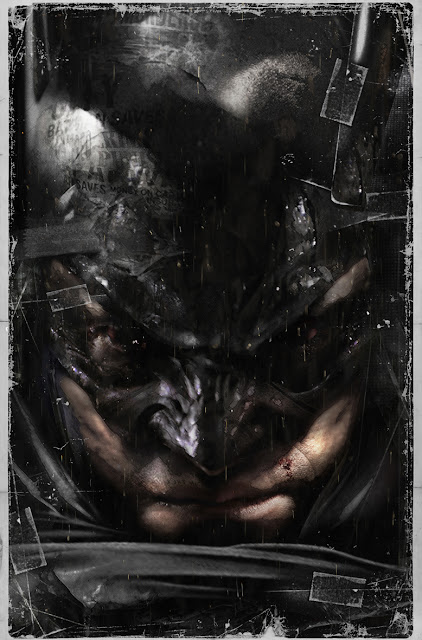 Who's going to refuse seeing more of that? Short answer; not me.

What do you think?  Sound off below in the comments section or click here for more great Making A Markists. To see Francesco's own gallery, visit his Facebook page after the jump.
Posted by IADW at 12:54 am