MAKING A MARK: Stjepan Sejic - The Creme Of The Top Cow Crop 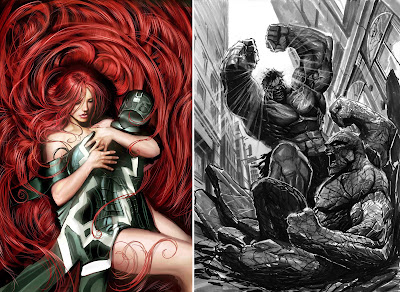 Every week, Making A Mark gives an insanely talented artist some IADW brag-space. Today goes to Stjepan Sejic. Years ago I used to look at Michael Turner's Top Cow exclusive work and think damn, I wish he could draw Aquaman. Now I look at over in the Top Cow meadows, hoping Stjepan will get to draw more than just the odd cover for the big two too. Because if his personal gallery is anything to go by, we're kind of being deprived right now. 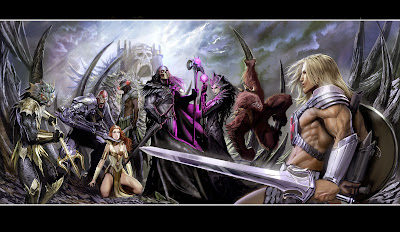 While Hulk vs Thing at the top was a fan commission, and the Medusa next to them a Marvel cover, the above is a tribute to one of Sejic's own personal fanboy crushes, the Masters of the Universe. Look at those redesigns! While he also has a She-ra version which acts as a companion piece to this image in his gallery, as a fellow MOTU fan, there could be only one! 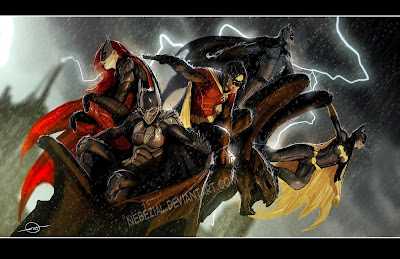 While I dig this bat-family image focuses on Robin rather than Batman, where's Nightwing? While he mocks himself for drawing something as cliché as Gotham's best on gargoyles, when it works it works!

Enough with the heroes. Time to end this post with a stunning look at Stjepan's all-time favourite villain; Hordak.

What do you think?  Sound off below in the comments section or click here for more great Making A Markists. To see more of Stjepan's work, including Spider-man's rouges redesigned, Fing Fang Foom and Red Tornado, visit his website after the jump.
Posted by IADW at 2:13 pm