WATCHMEN: The Comic Picks For August 2012

August, it's three quarters through the year and my to do list is no where near complete! Still proving they also have much to be to done, these are the best hits coming our way comic wise in August, as we head into the home stretch of 2012. 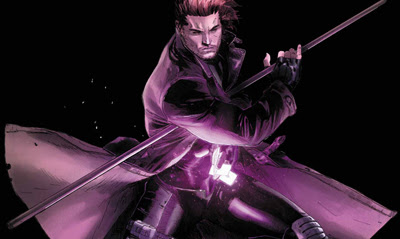 DR MANHATTAN (The Neon Blue Guy In The Room): GAMBIT #1 Me, I suck at poker. I don't have a poker face at the best of times, especially when I'm holding a shitter of a hand. Gambit though always has the decks stacked with aces and this time round, the ragin' Cajun is set to have a series that proves the House (of Ideas) always wins.

SILK SPECTRE (Stops traffic with looks alone): HAWKEYE #1 Hawkeye and Gambit have allot in common, so it makes sense their series' launch together. They both have attitude, are a hit with the lady folk and shoot projectile weaponry. Come to think of it, have they ever been seen in the same room? There's something to think over as you drool about David Aja's always indestructible pencils here! 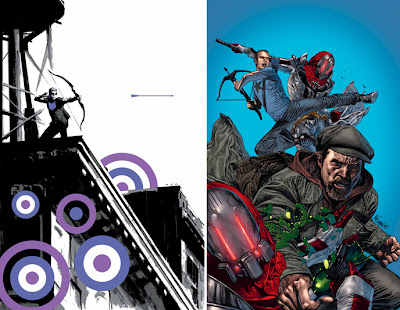 RORSCHACH (The Indie Voice): ARCHER AND ARMSTRONG #1 Writer Fred Van Lente has been propping up so many hit books over the last few years, it's good to see him land one that plays to both his sense of humour and action stylings like Archer and Armstrong does! Conspiracy revealed as young trained assassin meets hard-drinking immortal fighter. Get yours while it's hot!

NITE OWL (The Dependable Goodie): AQUAMAN #12 If this conclusion to The Others story-arc goes out with as big of a bang as it's preceding issues, we are in for one hell of a treat. A traitor, Manta's boss and Black Manta vs Aquaman and his pre-Justice League team-mates? 'Nuff said! 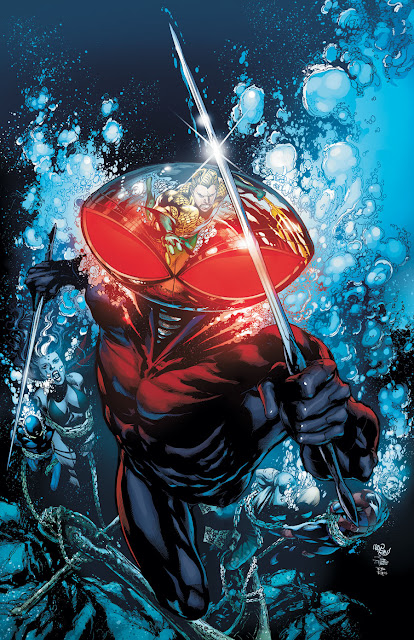 THE COMEDIAN (My Rank Outsider): STORMWATCH #12 We've already seen that Martian Manhunter and the Justice League came to blows, now one of DC's best walks out on Stormwatch - trading punches on his way! What clues will this spell for John's future, past or present? Only the Stormwatch infirmary knows for sure.

What about you?  What comics are you looking forward to this August?
Posted by IADW at 9:30 pm