Dark Horse is proving that just because it's November, doesn't mean any publisher is slowing down coming into the years final bend. The best covers of their November 2012 range, look like this;

COVER OF THE MONTH: MASSIMO CARNEVALE - CONAN THE BARBARIAN #10 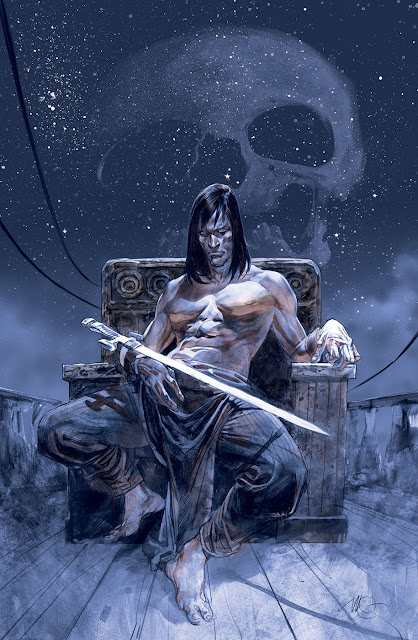 Sure Conan looks like he needs a doughnut or two, but he's still a guy you don't want to mess with - on the high seas or on land!

Dark Horse says: Conan and BÃªlit are the undisputed masters of the Western Ocean, their names whispered in fearful awe all along the Black Coast. But when Conan spots a mysterious, derelict ship following them, its horrifying cargo threatens to destroy everything they've built and tear them apart! 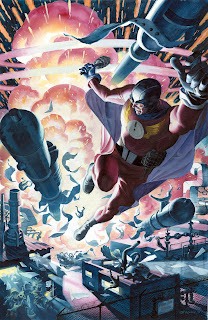 
If one guy can do cool retro without carbon-copying the greats it's Steve Rude. That is underlined here.

Other Dark Horse November 2012 highlights include; John Ostrander launches a new epic in Star Wars Dawn of The Jedi - The Prisoner Of Bogan #1, Buffy's Willow gets her own title with the aptly named Buffy The Vampire Slayer: Willow Wonderland #1, and honour and violence collide in 47 Ronin #1.

What do you think?  Sound off below. For November 2012 solicits from other publishers as they're released click here, or for Dark Horse's full November line-up, follow the jump!
Posted by IADW at 9:00 pm