IDW Publishing have all directions covered leading into the final days of 2012. Not only do the Dinobots and Judge Dredd get brand new ongoings, so to does My Little Pony. Yes, you heard right; My Little Pony. When it comes to covering all the bases cover wise in the same month, these are the hits doing it best for IDW.

COVER OF THE MONTH: KEN CHRISTIANSEN - TRANSFORMERS: PRIME - RAGE OF THE DINOBOTS #1 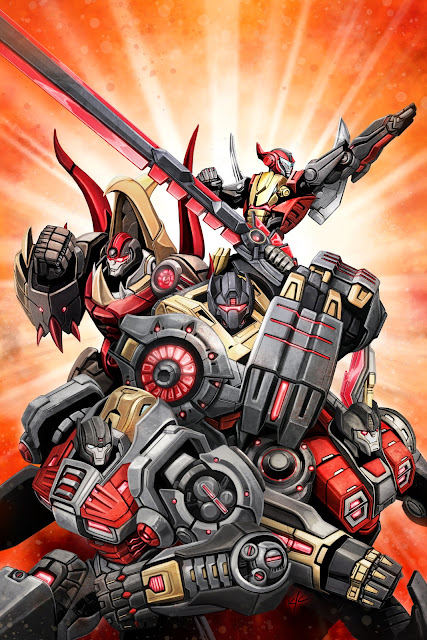 Like any other cover was going to get a look in. As a kid it seemed like the only Autobots with any cajones were Prime and the Dinobots. Now someone has finally had the good sense to give the force with in the force their own series, and Swoop and co have rarely looked finer!

IDW says: Bridging the story from the Fall of Cybertron video game to the Prime TV show - the DINOBOTS hold the line as CYBERTRON falls! With OPTIMUS PRIME and the Ark long gone, the rest of the population makes their escape from the dying world - but SHOCKWAVE remains behind, continuing his experiments!? 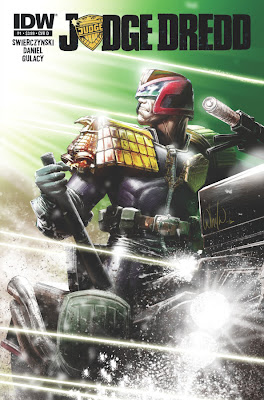 The Dredd is one hard as nails copper. Chuck him on his Dredd cycle and up the shiny, and he's never looked more like a force to be reckoned with!

Other IDW October 2012 highlights include; The iconic Brian Bolland gets his 2000AD best collected in Judge Dredd: The Complete Brian Bolland, My Little Ponies up the diabetic danger in the sugary sweet My Little Pony: Friendship Is Magic #1, and the girls finish up with the Joes in Danger Girl/G.I Joe #5!

What do you think?  Sound off below. For November 2012 solicits from other publishers as they're released click here, or for more IDW, follow the jump!
Posted by IADW at 11:16 pm