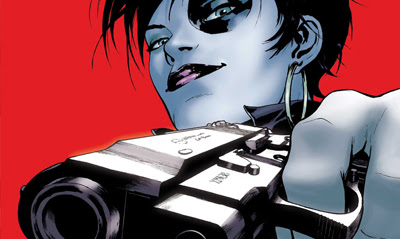 Sure Marvel have a truckload of MAJOR 'Marvel NOW' hit releases in November, but you want to know what I hope will hit above it's pay-grade most? Domino taking on the X-crowd in X-Men #38! While the former X-Force femme fatale loads the chambers, here are the three sure fire hit covers from the rest of their November 2012 solicitations; 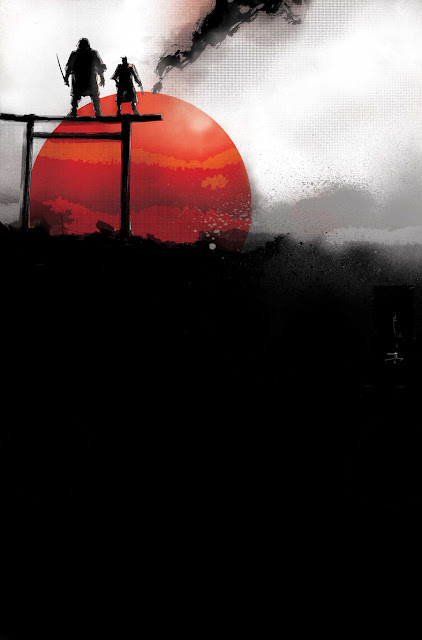 Apparently this isn't the final art - but as Sabretooth vs Wolverine images go - do we really need anything more? It's awesome!

Marvel says: Meet Victor Creed! As Logan investigates the crash that wiped his memory, he uncovers things about his past he didn’t want to know! 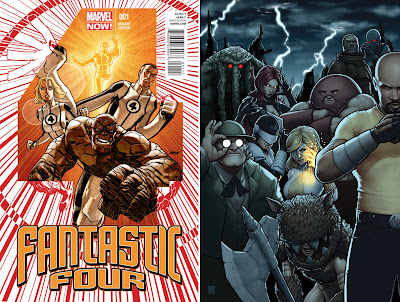 Dave Johnson - Fantastic Four #1 Dave Johnson's take on the pulp icons of the Fantastic Four is something I'd pay to see. As the wallets a bit empty at the mo, I'll have to stock up on this cover and let the 'What if's' reign.
John Tyler Christopher - Dark Avengers #183 My favourite character in any video game he's on offer? Luke Cage. Here, he looks ready to unload his 'Sweet Christmas' best, joined by Juggernaut, Ghost and Hyde! AKA - instant sell.

What do you think?  Sound off below. For November 2012 solicits from other publishers as they're released click here, or for Marvel's full November line-up, follow the jump!
Posted by IADW at 12:36 am