Pretty soon Spider-Man is going to hit the milestone 700th issue. Now with 700 candles sitting atop an all-star cake, you'd think the room would be illuminated brighter than a Dazzler vs Jubilee deathmatch. However, it seems the glitzy event is actually giving birth to the darkest of shadows, rebooting Marvel horror. Yip, at Toronto's Fan Expo Marvel stated Morbius: The Living Vampire will fly out of The Amazing Spider-Man #699.1 into his own ongoing series in January.

Written by Joe Keating, with art from Rich Elson, Morbius: The Living Vampire will also feature covers like this; 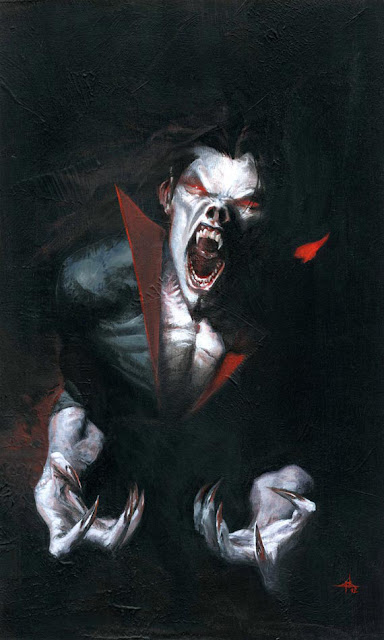 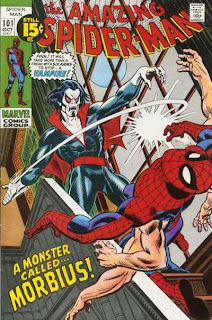 Morbius first took a bite out of comics in The Amazing Spider-Man #101, so it is only fitting the same title gives biochemist Michael Morbius back his solo series wings. Micheal once tried to cure his own rare blood disease, in a treatment that involved the use of vampire bats. As science experiments in comics rarely succeed, Morbius was turned into a vampire like being, who accidentally murdered his true love soon after his horrifying transformation.

Spending the 90's as a star of Marvel's darkened 'Midnight Sons' range of books, Morbius has recently been helping Spidey in defeating the Lizard's latest schemes, while trying to find a cure for his bloodlust at the same time.