ON POINT: Latest Arrow Trailer Flies Like A Green Arrow Should 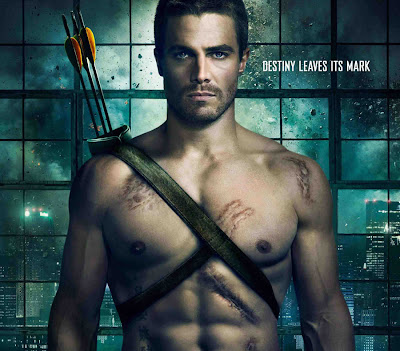 Looks like comics on TV has a whole new showdown in store. The quick trigger guns of the cast of The Walking Dead vs the on-point archery of Green Arrow in the upcoming TV series Arrow. With it's small screen debut now just a matter of sleeps away, a colossal three and a half minute trailer soaks up all the hot teases and more to show you what's headed our way. And I mean our - as the Gods would allow, Arrow will screen roughly the same time, here in Australia.

Enough about me - on with the trailishness!