Oliver Queen is no longer the only arrow slinger in the CW's upcoming series Arrow. The Green Arrow based live-action show has just announced Jessica De Gouw will play the role of the crossbow carrying female vigilante, The Huntress, in a two part episode arc. Huntress - you know, the woman Jim Lee drew battling Catwoman in that amazing Batman: Hush double-page splashie: 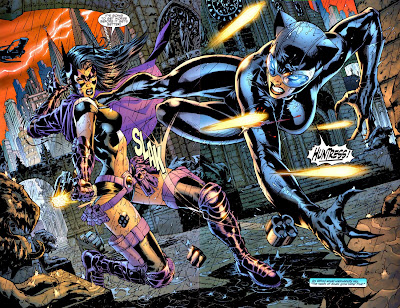 While her costume is still under wraps, based on this Helena Bertinelli version of the Huntress, whose methods never quite meet Batman's approval, on Arrow Helena/Jessica will plot to pull down her father's criminal empire. According to EW, this will put her at angles with Mr Queen, both purposefully and potentially even in the sack. 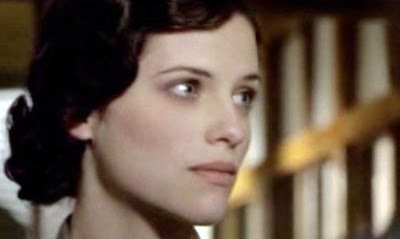 Proving crime is right up her alley, here in Australia, De Gouw has just come off a stunning run in the award-winning TV drama series Underbelly. A no holds barred Sopranos type show, that rein-acts some of the true wheelings and dealings from Australia's criminal history.

As for Arrow, I'm hoping they hold on to the 'teacher' aspect of Helena too. It might be going back a bit, but I really thought the comics had it right with her serving as a teacher at a troublesome school. One that saw her students potential absorbed by the beginnings of crime throughout the day and did something about it at night.