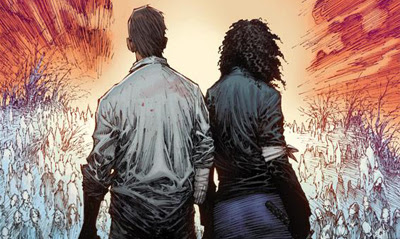 Champagne is popping all over the comics industry at the moment, on the back of July sales stats that show sales are drastically up on the same time last year. And why wouldn't they be? Avengers and The Dark Knight Rises have provided the year's ultimate one-two punch, and The Walking Dead has done the same all alone on TV. While DC continued to hold the unit share lead over second placed Marvel by just 1.1%, it was that very Image Comic title that took the months #1 spot. Ladies and gents; 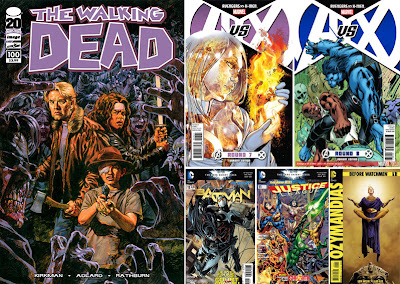 MY THOUGHTS: It's about time Walking Dead got this kind of press, sure having nine cover variants helped, but the series not only highlights a publisher making some serious moves at the moment and a crazy cool title, it shows the non-fans out there comics can do more than just capes and mutants. 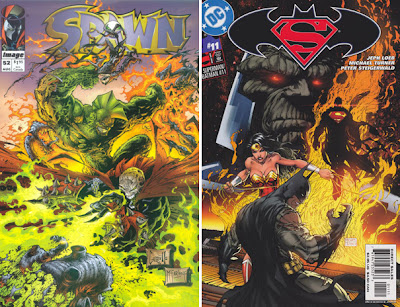