THE D'S HAVE IT: Deadshot Joins Arrow Cast With Canadian Actor Michael Rowe 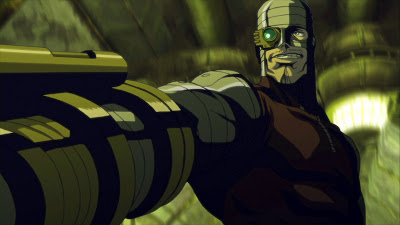 Green Arrow is looking like a TV smash and he hasn't even aired his first episode yet. Spurred on by the fact his quiver is being loaded with actual DCU villians, sidekicks and anti-heroes, not just 'made for TV rouges and allies', the latest to join the already teased Deathstroke and Dinah Lance; Deadshot. 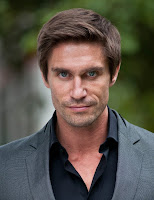 Played by Canadian Michael Rowe, does this casting mean every addition to the Arrow TV series has to have a name that begins with 'D'? And where's my invite?

My favourite TV rendition of the Suicide Squad / Secret Six's not-so-modest marksman so far has to be his appearance at the top of this post in the killer DC animated DVD, Batman: Gotham Knights, voiced by Jim Meskimen. If the Arrow version of Floyd Lawton ends up being as sweet, Arrow could well be a TV series with it's own star spin-off potential. After all Deadshot never misses.

Not seen Batman: Gotham Knights? Well while you hunt out your nearest DVD store, take a look at this powerful clip;