TOUGH JUSTICE: Picking The Crossovers Judge Dredd Should Blast Into Next 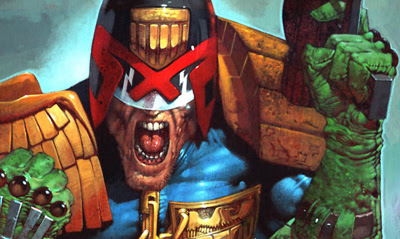 Judge Dredd, he’s the indie pulp icon that is actually pretty darn mainstream in most of the Commonwealth. Sure he’s met Batman on more than one occasion, Predator, Aliens and even Lobo – but why stop there? Here's four adversaries I wish he'd face, and the scenario I'd see in each that forced him to state "I AM THE LAW!” 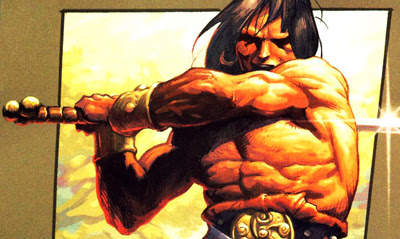 CONAN By Crom! Engineered by scientists, Harpoon technology can be fired through time, linking your mind to any being, instantly allowing you to upload their skills and knowledge as your own.

Falling victim to their device, the Doctors hope to rid themselves of Dredd by harpooning his mind to the Neanderthal past. Only the link connects with Conan and as Mega City One's best starts enforcing Cimmerian style justice, Conan begins to become a law unto himself. If the two can't separate themselves safely and stop those responsible, they may become one hybrid living in two eras - if living at all. 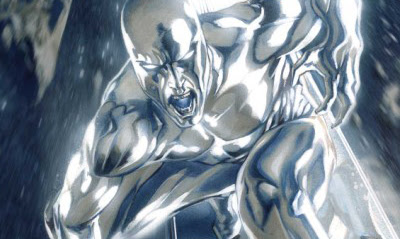 SILVER SURFER Can the Dredd cycle outrace a cosmically powered surfboard? It better. When the Surfer arrives on the horizon of Mega City One to prep for the arrival of his master, Dredd will be racing the clock to ensure his city’s survival. But can the Judge justify the existence of such a crime ridden city? As Nova, Terrax, Firelord and the other Heralds of Galactus start to descend, Norrin Radd and the Judge might find themselves each others only hope for salvation. 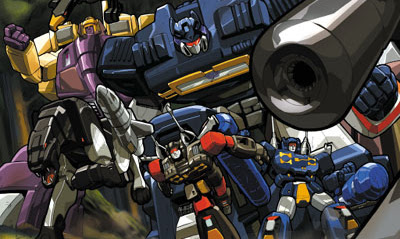 TRANSFORMERS A new gang is forming on the streets of Mega City One – their drug is Energon. A digestible power source that supplies the user with a wild high and various electricity based powers.

Tracing the contraband back to its source, the Judge’s sweep the gangs HQ, only to find the rooms cleared of all but one vintage cassette recorder and a few metallic tapes. As one begins to fransform into a robotic jaguar before their eyes, Judge Dredd soon realises their only hope of victory lies in the recent rumours of metallic Dinosaurs within the city sewers... 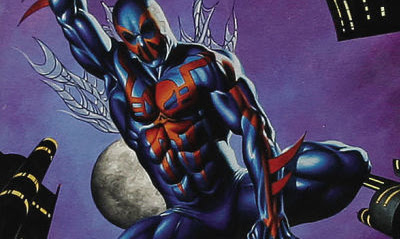 SPIDER-MAN 2099 Sure Spider-Man might be too bright to swing by Judge Dredd’s side, but his 2099 namesake isn’t! With Alchemax using Mega City One as a testing ground for their home security symbiote pets, the Judges and a certain wall-crawler team-up to learn the secrets behind their production. When the truth is revealed, it presents more of a threat to global security then anyone could ever have imagined and one the combined heroes may be far to late to prevent.

What do you think?  Who would you like to see Dredd rule against?
Posted by IADW at 11:08 pm