UNDER THE GUN: Liefeld Quits As Hawkman, Grifter And Deathstroke Eye Up Another Shot 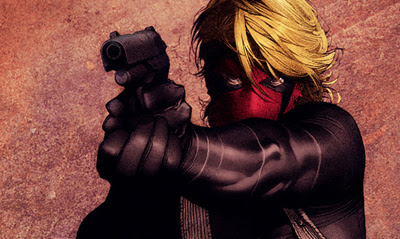 Despite their previous DC52 sales records, I'm a firm believer that Deathstroke, Hawkman and Grifter each have the potential to soar a lot higher than they have. Now each title potentially stands to get another shot at hitting the mark, with current creator Rob Liefeld announcing he is walking from three books over editorial difficulties with the upcoming #0 issues. 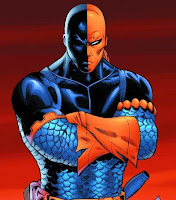 While still using Hawkman as his Twitter icon, the landmark 90's artist announced his resignation to the world on the social media brand. That part and the resulting vent I get, but he then followed those up by promoting his page as the place to get further details rather then looking for a tell all interview. Really? Do you want your Twitter page promoted as an environment of negativity and I said/they said? Who wants to read that kind of energy?

Maybe it's me, but I just think muck-raking belongs in schools. Once you're older you leave it behind. Just say you quit, a few explanations why if needed and move on to promoting other positive works which bare your name, like the existing runs on Glory and Prophet happening at Image Comics right now. 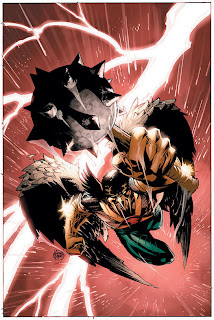 Then came the tweet that stumped me; "And where it's all headed is overseas talent anyways. Why do you think that they fly around doing new talent searches in foreign countries?" Considering 'overseas' talents include artists like painter Gabrielle Del'Otto, who has done a lot for DC's European arm, I don't think many will complain if they keep on keepin' on.

Back on to the books, hopefully DC gives these titles one more go. Deathstroke and Grifter will soon be in the highly-awaited Team 7, so the added promotion might spin a few more eyes the way of their own solo titles. This is a great opportunity to give some deserving indie talents their chance to shine, especially if treated in a Marvel Knights kind of way.

Deathstroke is the meanest gun in town who can truly not be predicted. Grifter is the ultimate Bourne Ultimatum and Hawkman, a mix of prehistoric adventure and alien technology colliding in present day. What's not to like there?