Dark Horse is already granting Christmas wishes for fans, with creator Mike Mignola's return to drawing the interiors of a Hellboy ongoing! Making sure that's not the only tasty treat to tempt stocking filler-up-erer's with, the best hits of their December 2012 range, look like this;

COVER OF THE MONTH: MIKE MIGNOLA - HELLBOY IN HELL #1 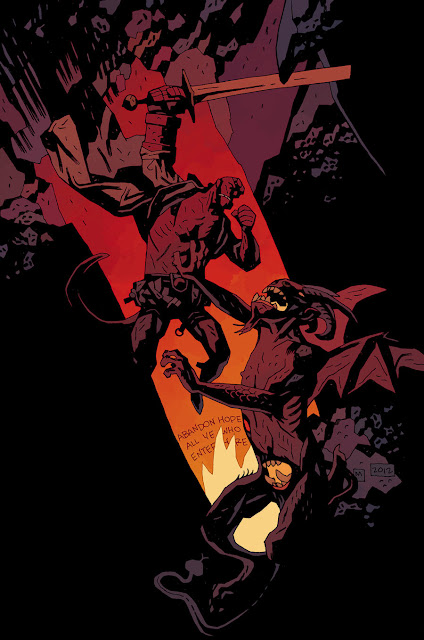 A few artists have done great jobs on Hellboy since Conqueror Worm, but when a creator draws his own creation, there's just something else that clicks into place - as this beauty sure shows!!

Dark Horse says: After saving the world in The Storm and The Fury, but sacrificing himself and Great Britain, Hellboy is dead, cast into Hell, where he finds many familiar faces, and a throne that awaits him. Mike Mignola returns to draw Hellboy's ongoing story. It's a story only Mignola could tell, as more of Hellboy's secrets are at last revealed, in the most bizarre depiction of Hell you've ever seen. 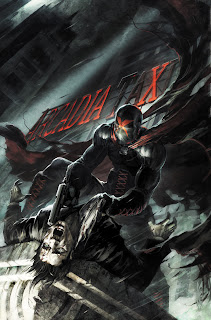 You'd think the Marvel trademark offices would've wrapped 'X' up before anything else huh? Well proving there's room for another franchise to share the letter, X returns - the second comeback from the 90's Comics Greatest World imprint.

What do you think?  Sound off below. For December 2012 solicits from other publishers as they're released click here, or for Dark Horse's full December line-up, follow the jump!
Posted by IADW at 8:38 pm