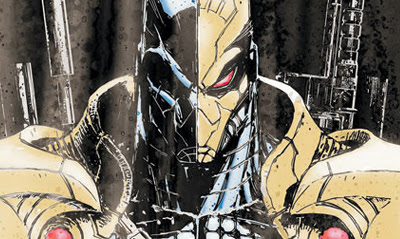 You know what the DC December 2012 solicitations highlight? DC has done a sweet job on the creative teams for Grifter, Hawkman and Deathstroke post Rob Liefeld. These books look artistically fantastic, as Deathstroke artist Scott Clark shows above - Slade looks meaner then ever! The best covers of DC's December range look like this;

COVER OF THE MONTH: JOE BENNETT and ART THIBERT - THE SAVAGE HAWKMAN #15 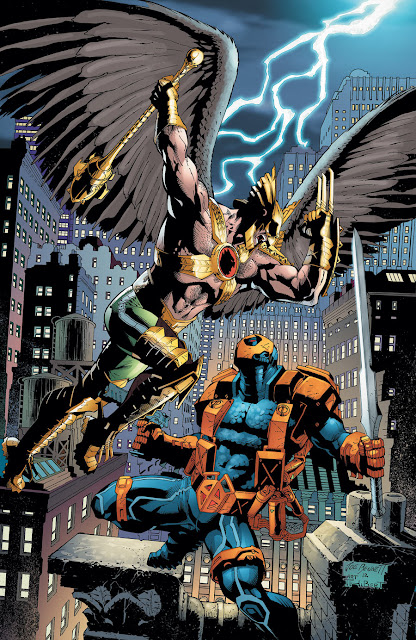 This battle shot, the style of the background and how the artistic duo weild their use of black even makes me forget for a few seconds, how frustrating this book's title still is. I'll be back in New Zealand mid-December, and as writer Fabian Nicieza is fleshing out the plot, I just might pick this up for the flight.

DC says: Hawkman Wanted continues! Hawkman is a fugitive — and everybody wants to kill him for his Nth Metal Armor. Good thing Carter’s always ready for a fight! Guest-starring Deathstroke!! 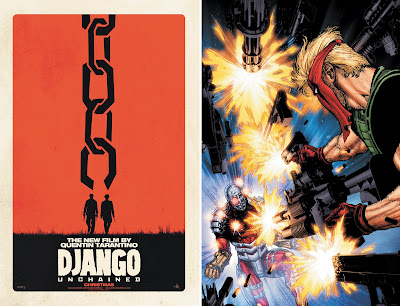 Django Unchained #15 Quentin Tarantino’s latest epic film script is adapted for comics - and this cover taken from the movie art sure puts it right alongside the pulp art of his other hits!
Scott Clark - Grifter #15 Clark strikes again! But how can you really go wrong with Grifter and Voodoo vs The Suicide Squad? Do you get the feeling a WildC.A.T's reunion is on the cards?

What do you think?  Sound off below. For December 2012 solicits from other publishers as they're released click here, or for DC's full December line-up, follow the jump!
Posted by IADW at 12:34 am