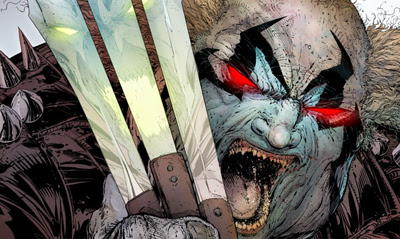 'Clowning around' definitely isn't a trait of Image Comics in 2012. Highest selling comic of the year in Walking Dead #100, a hit TV show from the same franchise and creators with funny last names and accents like 'Morrison', 'Vaughan' and 'Hitch'. Still the fat lady hasn't sung yet, and in December Image still have a few high notes to hit before their year draws to a close. Of all their monthly offerings, these three covers are the most pitch-perfect. 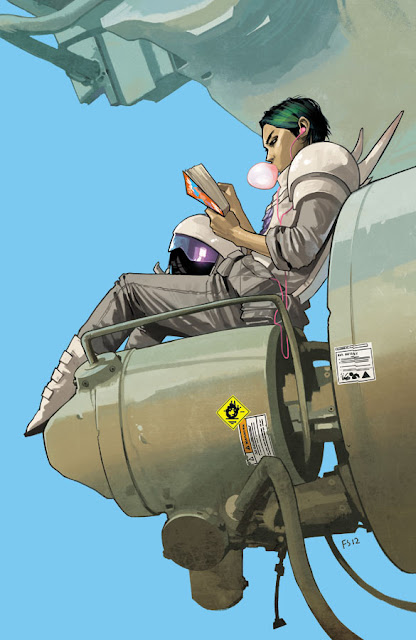 I honestly can't say this enough - if you are not reading SAGA, you are missing out, and quite frankly may the fleas of 1,000 camels infest your bed until you do so. It is an unbelievably human romp through inhuman worlds and eyes, and a consistent reason to feel good about comics after every issue. 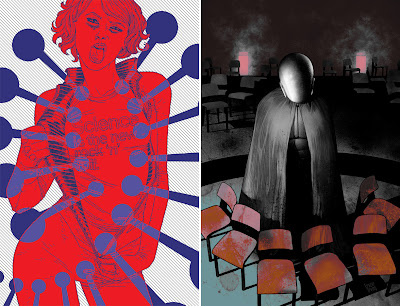 Nowhere Men #2 - Nate Bellegarde and Fonografiks Science may be the new Rock 'n' Roll, but Brit-pop style will always go down well!
Bedlam #3 - Frazer Irving Man this series doesn't start 'till next month, and I already can't wait to read the third issue! Just look at that haunting cover! Looks like someone ain't to happy about being last at musical chairs...

What do you think?  Sound off below. For December 2012 solicits from other publishers as they're released click here, or for Image Comics' full December line-up, follow the jump!
Posted by IADW at 11:36 am