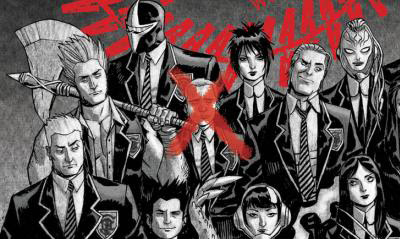 The Avengers have been Marvel's home to positive super-hero role models for generations. Well all that changes this December, as fifteen young heroes join my man of the 90's, Darkhawk, in Arcade's Murder World in the Avengers name, and well, fight to the death. 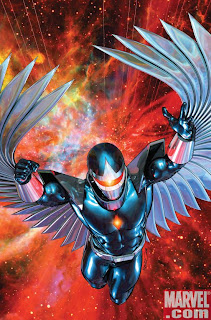 As Arcade tries to reclaim his former rep by creating Murder Worlds that actually live up to their name, Marvel hopes the series will give a House of Ideas touch to the teen vs teen deathmatch genre, an arena which has produced such classics as Lord of the Flies and current box office king The Hunger Games.

Always in fear that Darkhawk will be forgotten amongst the Marvel character library, I'm stoked to see him appearing so early in the post Marvel NOW! world. Joining Chris Powell in this game of survival is Annihilation's Cammi, plus Mettle, Hazmat, Reptil, X-23 and Juston and his Sentinel from Avengers Academy, Chase and Nico of Runaways fame, as well as the teased Braddock Academy - suggesting ties to Captain Britain, if not Psylocke as well.

While I'll admit I'll be pretty dark if old DH bites the big one early on, the fact that the series will initially feature covers by Dave Johnson sure does provide even further incentive to buy. Get the full scope, check out the full story at Marvel.com.
Posted by IADW at 12:49 am