Cats, as domesticated as they are, tell you when they are not impressed. Regardless of if said four-legged flea carrier is being carried around by the head thanks to an unknowing but affectionate toddler, or if you happen to be disturbing it's rest, wanting to sit on the couch it has sprawled out across, cats do not have a poker face.

Probably the biggest grievance a feline could be fraught with? Being dressed up as your favourite fictional character and photographed for public consumption. At least unless that character is the consistently unimpressed Nick Fury, Director of S.H.E.I.L.D., then, as this kitty shows, the whole cat cosplay fiasco is totally worth it. 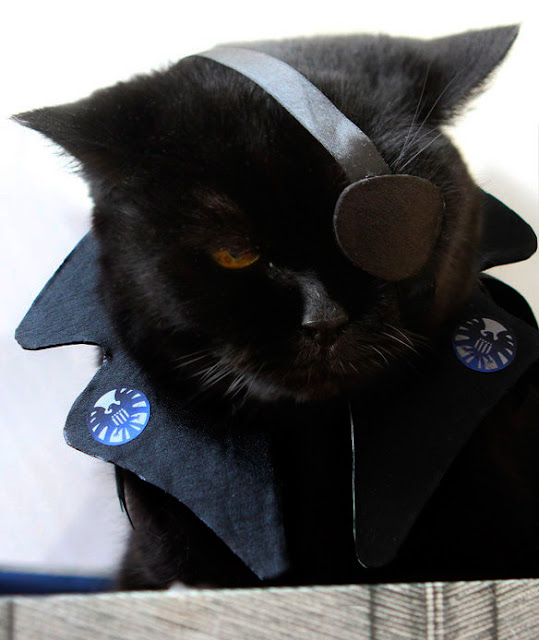 Remember folks, on a cat without dignity a costume means nothing! Follow the kitty home after the jump.
Posted by IADW at 1:57 pm