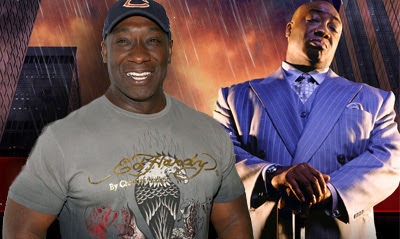 Hollywood's gentle giant, with the voice of steel, has sadly passed away at the age of 54. Michael Clarke Duncan is an actor whose career often showcased an ability to portray characters softer than the size of the guy would suggest he was capable of playing. 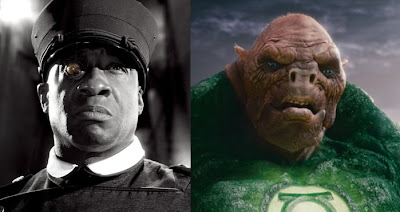 Gaining worldwide attention with his role in the adaptation of Stephen King's The Green Mile, Duncan also had a wide range of comic book movie based roles. He leant his deep vocal tones to Kilowog in Green Lantern, Hayden in the cartoon Teen Titans, Rashid Randall in Static Shock, and as Kingpin in the 2005 Spider-Man cartoon.

Not even counting his video game vocal roles, Michael physically played the mobster Manute in Sin City and Kingpin in Daredevil.

His massive smile will be missed.
Posted by IADW at 11:14 am