Saga, it's the Image Comic I can't stop mouthing off about. But so it's complete and utter awesomeness doesn't block the other titles my favourite comic store works so hard to collect, pack and post my way, here are the three other greatest comics I read in the last four weeks, that are the best contenders to Saga's current throne. 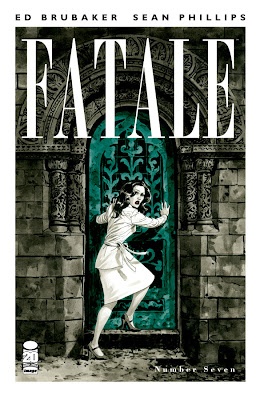 FATALE #7 Now here's a comic whose debut arc is already accelerating faster then it's explosive debut. As Miles and Suzie take haven in Joesephine's estate, Miles soon finds their gracious host has secrets of her own. Ones that tie back into the secret society they are trying to flee. Attracted to her in ways he can't ressist, Miles and Joesephine return to the society's home, unknowingly alerting the man named Hansel to her location. And that is never good news for any one.

Another twist filled hit from the makers of Criminal and Incognito, writer Ed Brubaker and artist Sean Philips literally have me hanging out to find out how Hansel will make his move after this issue's cliffhanger!

THE INCREDIBLE HULK #12 (Marvel) What rocks about this issue isn't writer Jason Arron's revelation of why Banner has had Hulk 'wake' in strange locales over the last few issues (although it's a bit of a doozy), nor is it the consistently stunning artwork of Carlos Pacheco, it is how well and humorously Jason writes the unwilling 'bromance between Thing and Wolverine, sent in to take the Jade Giant down. 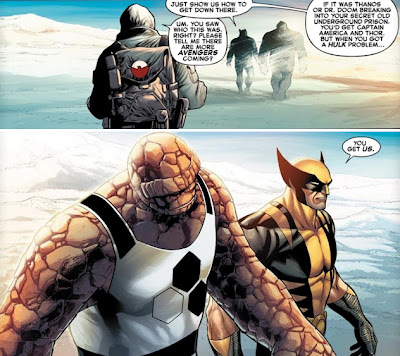 As Hulk crumbles, then blows pieces of Thing's own face back at him and similarly to Wolverine, the banter of the two helps keep the mood light, right 'till their last exchange. Here's hoping the Logan and Ben Show gets more screen-time as good as this somewhere in the future.

ACTION COMICS #0 It's odd that DC bet it's chest with ape like fists leading into the DC 52 that the event would restore Superman to the top of the food chain. For my money, that beating has left more bruises than results, except for issues like this. A fairly self-contained slice-of-lifer, this flashback issue sees writer Grant Morrison tell a great story, highlighting the brilliance of Cark's classic supporting cast. 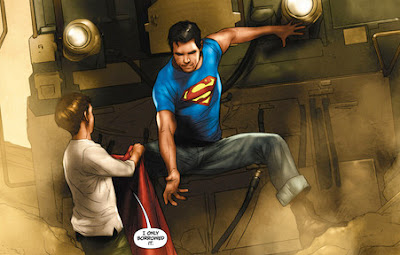 Perry's ethics, Lois's nose for news and a tease at Clark's most infamous derby hat wearing rouge collide, as one kid gets his hands on Superman's indestructible cape and uses it to protect his family, putting his own life in danger. Amazingly rendered by Ben Oliver, the main feature of this issue may be more 'down home' then 'world ending', but sometimes that's exactly what the best Superman stories are.

What do you think?  What have you liked reading in the last month?
Posted by IADW at 1:20 am