BULLETS AND BRACELETS: Four Of The Best From Women Of Wonder Day 2012 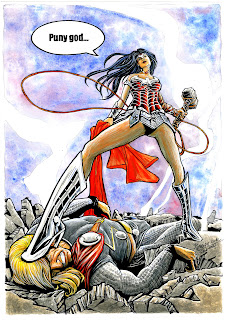 It's a continual positive tradition in comic book illustration, and 2012 was no different. This year Women of Wonder Day took flight in both Portland, Oregon and San Antonio, Texas, in order to raise money for domestic violence programmes in their respective areas and awareness of such in general. Of the masses of artists who contributed either work or autographed icons, here are four of the hottest that went up for grabs for a great cause;

Wonder Woman vs Thor - Acir Piragibe and Salomao Salviano Looks like Diana's watched The Avengers and is following Hulk's lead!

Vixen - Darron J Jackson Yeah it took a bit for me to stop wowing over the below to. Awesome choice - stunning result. 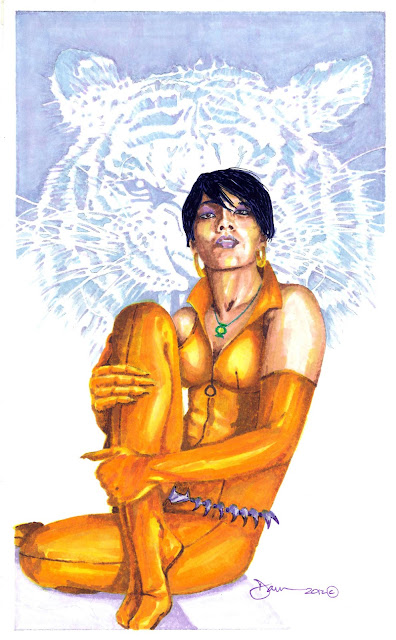 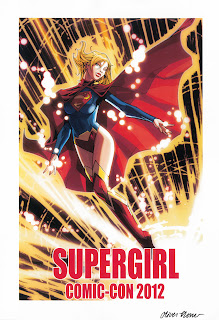 Supergirl - Oliver Nome While for me the Maid of Might is always best in her pre-original Crisis garb, this DC52 version isn't that far away from it, especially drawn like this!

Wonder Woman - Michael L Peters What, you didn't think I was going to include just one Wonder Woman did you? Just look at how well Michael captures the nature and heritage of the character! Those boots, that smile - even the typography - if any piece was headed home with me this year, this one would've been it! 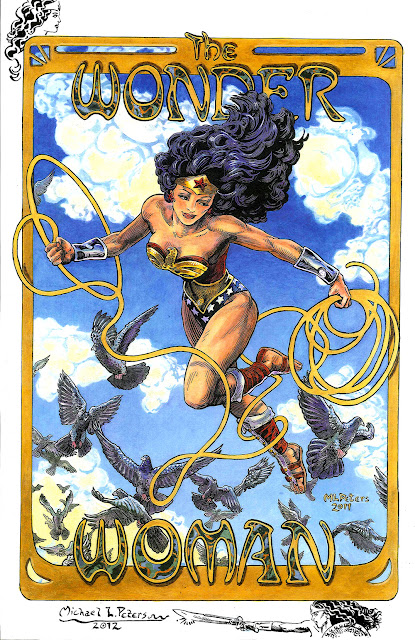 What do you think?  Sound off below, or for the complete Women of Wonder Day gallery, click here!
Posted by IADW at 11:06 pm