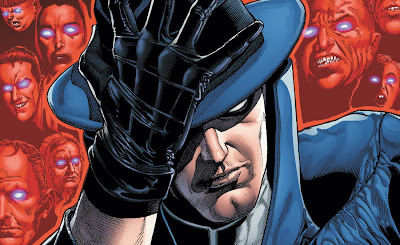 January 2013 sees DC kick off the year by kicking four titles into touch. Grifter, Frankenstein Agent of S.H.A.D.E., Legion Lost and Blue Beetle all get served their final issues. Considering I collected three of those, I might be the best yardstick to go by. Still for my devalued two cents, here are the best covers from DC, set to welcome the New Year in. 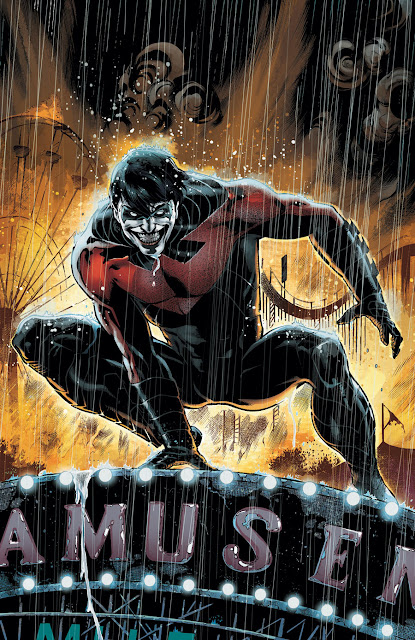 The Death Of The Family crossover is looking like yet another smash hit backed by writer Scott Snyder. While Joker's Last Laugh and others have played out the 'Joker Grin On Hero' visual, here it is even stronger thanks to Eddy's skills and the fact that by being Nightwing, Joker could actually be beat Batman!

DC says: After the shocking events of last issue, it didn’t seem like things could get much worse for Nightwing, but when The Joker’s involved that’s never a safe bet! Dick’s past is about to burn down around him – literally! 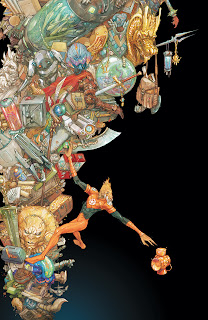 Threshold #1
Kenneth Rocafort
If one DC character broke out over the last few years it was the greedy orange GL, Lafleeze. Now he gets his own story and cover inside this new collection of shorts, also starring a new wave of DC cosmic heroes and another Green Lantern! 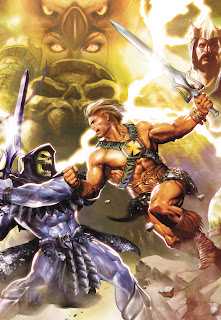 final issue? Arrgh! How can something so sweet, wrapped in so much goodness be over so soon? Hmm MOTU and Snickers share more in common than I thought!

What do you think?
Sound off below. For January 2012 solicits from other publishers as they're released click here, or for DC's full January line-up, follow the jump!
Posted by IADW at 3:20 am