FORGET BISHOP, STORM'S MOHAWK IS BACK! The Uncanny X-Force #1 Cover

My Storm is Mohawk Storm. She was the ultimate force of nature in name and appearance, that acted like one too. Plus it was the 80's - mohawks were everywhere, and no one, no one, gave them more of a charge than Ororo. Now in a sign the weather is changing at Marvel for the better, comes the cover to Uncanny X-Force #1 post Marvel NOW!

Even her glare seems more in-line with Storm's pre-watered down days. Now backed by equally made over allies such as Spiral, Psylocke, and Puck (plus with Bishop looming large), this cover by Olivier Coipel could have just sported a white mohawk giving off sparks, and my wallet still would've shot open just as fast. 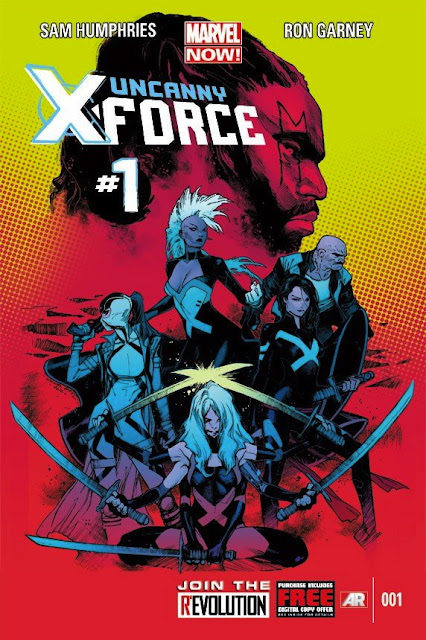 Written by Sam Humphries and drawn by the iconic Ron Garney, Uncanny X-Force #1 lands in January.
Posted by IADW at 3:03 am