MAKING A MARK: John Jennings Takes Art To the Streets of Marvel

Well, I haven't posted one of these for a while, but when you see the distinctive almost hip-hop street art styles of artist John Jennings, you'll definitely see why I chose him as the artist to get the Making A Mark ball rolling again. Not only does his work have a street level feel, he specialises in the street appeal of Marvel's more 'Marvel Knight' type characters. Isn't that so Doc? 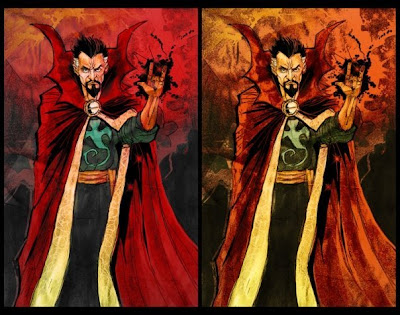 You know what? Out of every comic character you can think of, it's Doctor Strange's classic garb I go nuts over every time it gets changed for whatever reason. I think it's probably one of comics most unsung and coolest, and as John shows, in the right hands still makes Stephen look like the Sorcerer Supreme. 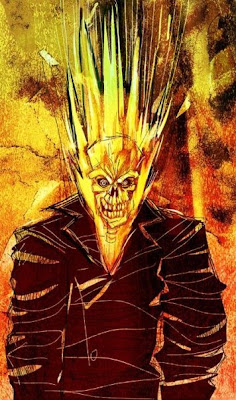 Hey, if you're talking 'Marvel Knights', Ghost Rider has to be in there somewhere too doesn't he? While the more mohawk styled flame seems part of John's own take, somehow this blazing image reminds me of Chris Bachalo's cyber-punk take on Ghost Rider 2099. Still stylised this strongly, there's no reason why that title couldn't make a comeback right?

The Associate Professor of Visual Studies at the University at Buffalo NJ, doesn't stop there either. His gallery is laden with cyborg people and fantastic creations, including that man of metal no marvel zombie can deny - Wolverine. But in rounding out this post, I'm picking the guy who brings new meaning to the words 'Man of Steel', everytime he stomps his name into crime. Luke Cage; 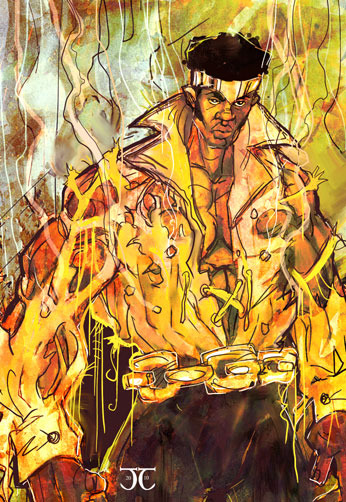 No one - and I mean no one, shoots up the golden jacket and gets away with it.

What do you think?  Sound off below in the comments section or click here for more great Making A Markists. To see more of Jennings' hot pencils, visit his gallery after the jump!
Posted by IADW at 12:10 am