Grant Morrison leaving Action Comics was a drop in sales that even blind seeing eye dogs could sense. However DC has pulled a Lex Luthor, by using its cunning smarts to step outside the predicted batch of candidates, and give the reigns of it's historical flagship title to pulp/action based writer Andy Diggle.

The genius behind The Losers and recently a Marvel man only, Andy plans to expand on the 'epic' within the book's pages, bringing the title more into the present, while maintaining the classic supporting cast and nature that makes Superman the super-hero. 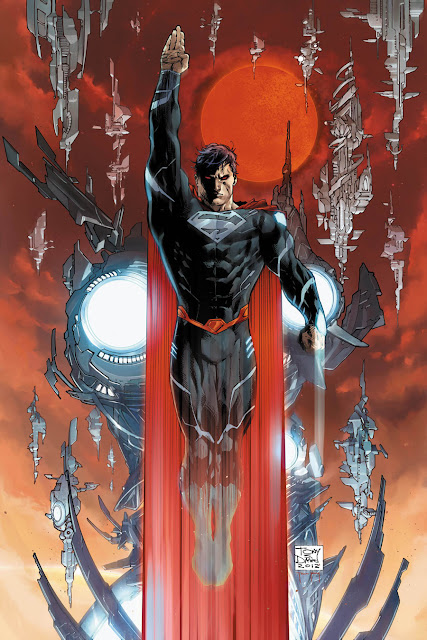 Although if this killer cover from Andy's artistic buddy on the series Tony Daniel says anything, it's that the writer seems to be set to give the Kal-El side of the coin more than it's own fair share of time in the sun - and about time too.  What do you think?
Posted by IADW at 9:21 pm