If Spidey is hanging up his webs and Wolverine his claws, there's only one guy to blame; Iron Man. He's the new popular kid in class, despite sitting in the back row unnoticed by many for years. Now he's head boy and folks are even making 'the invincible Iron Man' into not-so invincible stained glass windows. Just like this one by R Evan Daniels; 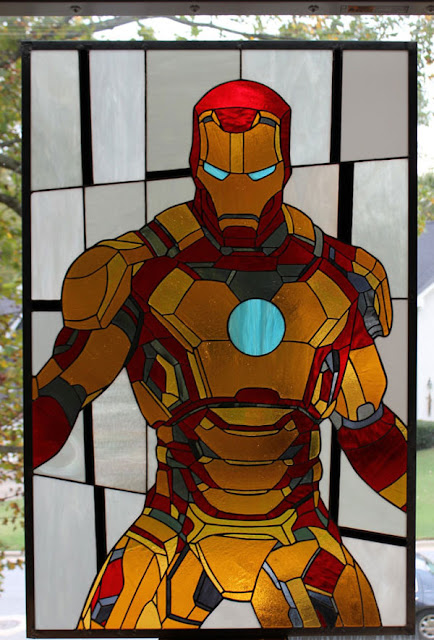 While the chest piece makes a tempting target for a wayward tennis ball, I think I would invent a repulsor ray just to annihilate whoever smashed this mosaic marvel - especially as it is actually for sale. Daniels hasn't stopped here though. In fact he has stained many Nintendo and fantasy character into life. To see them, follow the jump.
Posted by IADW at 12:57 am