THE SUPERMAN JACK-O-LANTERN: Jim Lee's Kal-El Gets Carved Up 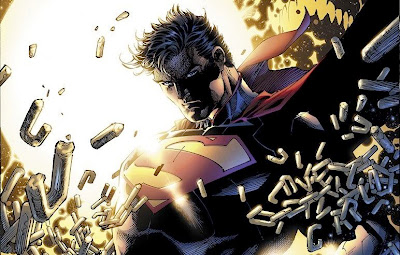 One of the biggest announcements of that New York Comic Con thingee that went down last weekend, was the news artist Jim Lee would return to drawing Superman in 2013, and joining him in the new ongoing super-title would be DC's current hit-maker writer; Scott Snyder. Not only does Supes have his Hollywood re-appearance next year, it is the Man of Steel's 75th birthday, so not a bad way to mark the event.

One event that falls between here and there however is Halloween and in marking that occasion, millions of pumpkins worldwide are about to get carved.

Now while Superman may not be the world's most terrifying visual, one fan decided to take Jim Lee's previous shot at Kal-El (the cover to Superman #209), and play with his food - creating the ultimate super-carbohydrate. Check this out; 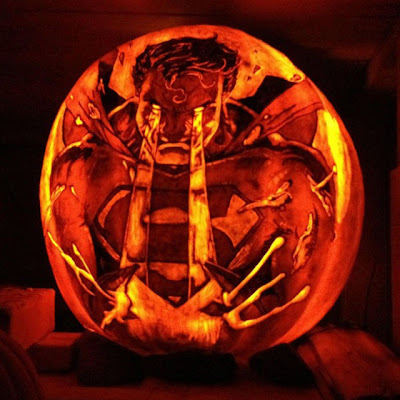 See how it compares to the original? Now I don't know about you, but I'd be spraying that pump' with some kind of preserving agent, to ensure that all-natural masterpiece didn't turn all green and fugly in the coming weeks!