What isn't to love about February? It's a short month and if you're a couple, you get chocolate. If you are single, you get to buy yourself chocolate and not fear anyone else will eat your favourites first. It's win-win. With Hellboy, Star Wars, Buffy and more under their belt, Dark Horse's February 2013 solicitations are win-win too, and better for the waistline, although maybe not for your wallet.

COVER OF THE MONTH:
WINSTON SMITH - EMILY AND THE STRANGERS #1 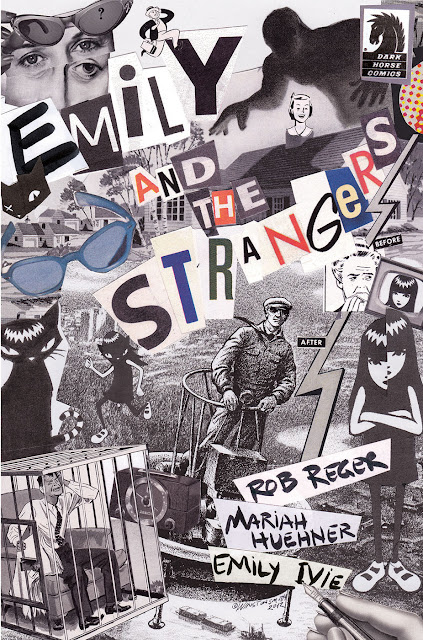 Dark Horse says: Emily's ready to rock n'roll, but to attain her dream of making the strangest, coolest tunes ever to grace a radio, she needs to learn to play with others - no easy task with five styles in the mix. There's a chance that the group can make it big if they find a common tune. 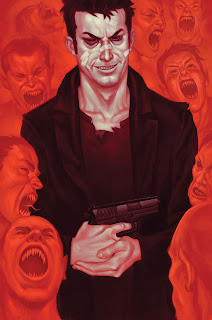 With a title as long as that you wouldn't think there would be any room for a horde of vampires, but this just goes to show. By it for your beloved this Valentines Day, and see how long it takes them to realise he isn't surrounded by roses. Love is blind folks!

What do you think?  Sound off below. For February 2013 solicits from other publishers as they're released click here, or for Dark Horse's full February line-up, follow the jump!
Posted by IADW at 8:43 pm