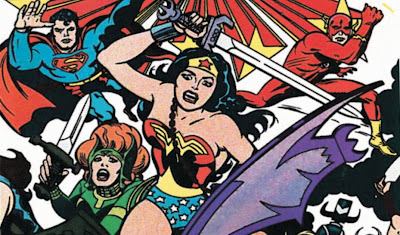 Sure February 2013 sees Grant Morrison step from the Super-train, but as the Joker would say, 'Is that any reason to frown?' Well yes, it is. However, back that up with a few new series and an omnibus of Jack Kirby's DC work, and smiles are back in fashion (man, that Super Powers comic kicked butt!) The top covers of their Feb solicits are; 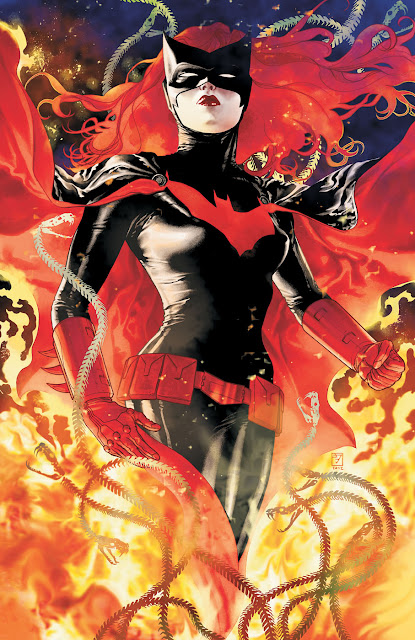 (Muzzles you before you can comment on the predictability of choosing Batwoman/J.H. Williams III as the best cover). Yes, IADW might be breaking new ground here choosing a Batwoman cover by J.H. Williams III, but that's IADW (muffled comments). Yip, that's IADW.

DC says: It's the massive conclusion to the current storyline as Batwoman and Wonder Woman struggle to defeat Medusa and a horde of villains! The start of a surprising new status quo for Batwoman!

Red Hood and the Outlaws #17
Mico Suayan
Damn you Bat-books and your cool cover hogging goodness (grabs tissue box). While I never thought I'd post about Red Hood and the Outlaws here (pulls out handfuls of tissue) they went and put Bats holding Red Hood, like he did when he 'died' as Robin reflected in blood on the cover (blows). I mean is there a dry eye in the house?

Batman: Arkham Unhinged #11
Mico Suayan
Two-Face needs a major story again. People are forgetting why this dude is so cool! While over here he is defense and judge in the Joker's trial, lets get the coin toss back and menacing Gotham again! That Mico is mean. Marvel - get ready to steal this guy!

What do you think?  Sound off below. For February 2013 solicits from other publishers as they're released click here, or for DC's full February line-up, follow the jump!
Posted by IADW at 12:56 am