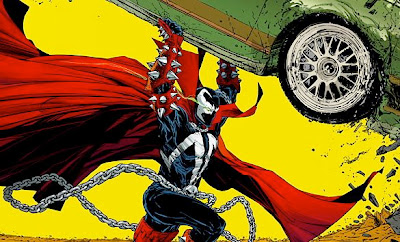 As the cover to Spawn #228 homages the birth of the super-hero, the others in Image Comics February 2013 solicitations step forward in ways just as bold, to ensure the momentum of Image 2012 isn't lost! The best of the bunch? I'm glad you asked. Feast your eyes on these; 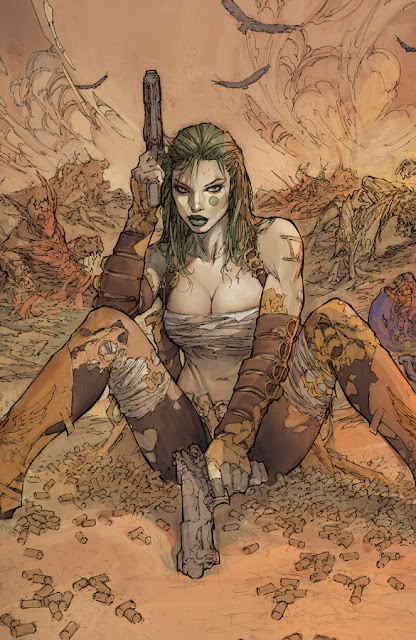 First Spawn now Cyber Force? What is this - retro Image month? Yip, the classics are back in force at the home of creativity, and I don't know about you, but I think Marc's latest style is some of his best work yet. Plus - it's a free comic! You can't argue with that!

Image says: THE END OF THE NEW BEGINNING!
The Chairwoman of the massive CDI corporation will stop at nothing to get back her runaway daughter, Velocity. In her rampage, she has ordered the execution of every member of the rogue Cyber Force faction who stands in her way. But Velocity has turned and, faced to confront her mother, she doesn't know what's worse – being annihilated alongside her compatriots, or having her memory wiped clean with a brain box implant.
If you haven't already joined the party, don't miss the fifth issue of Top Cow's 20th Anniversary relaunch of CYBER FORCE to be distributed for FREE!

Ravine #1
Stjepan Sejic
Continuing the Top Cow imprint well imprint on this post, is the cover to the company's most sung yet unsung artist, and his first creator owned trade paperback! I mean look at the detail Stjepan cranks out! If anyone is deserving of a thousand fan pages for their work right now, it is he.

Glory #33
Ross Campbell
If this was a Marvel book, it'd be preceded by a one word Marvel NOW! teaser that read 'Dentist'. Taking a leaf from the iTunes vibrant silhouette posters and classic pop art colour, this issue is sure to be filling, without leaving much of a cavity in your wallet. See what I did there?

What do you think?   Sound off below. For February 2013 solicits from other publishers as they're released click here, or for Image Comics full February line-up, follow the jump!
Posted by IADW at 1:33 pm