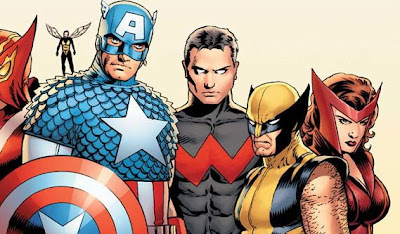 Now there's a reason to celebrate in February 2013 - Wonder Man is back in the Uncanny Avengers, and he's not a homicidal maniac trying to kill them (yes, yes, Wasp is back too). Simon back on the same team as Wanda? Awesome. In fact if Wolverine wasn't in the way, you'd swear it was actually The Avengers. Now onto the month's best Marvel covers! 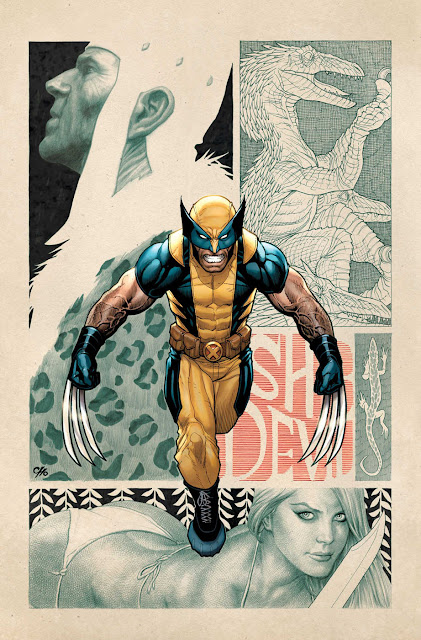 Does anyone else think that dinosaur in the top right looks like it's had its vending machine candy get stuck in the machine? No? Just me? Must be my repressed memories coming back to surface. Frank Cho wins again because the man just doesn't just draw, he designs.

Marvel says: Wolverine and Shanna venture into the depths of the Forbidden Island...but what will get them first, the Island's inhabitants or their tempers? Another hero crash lands on the island...but is he friend or foe?!

Captain Marvel #10
Joe Quinones
I know this cover symbolises Captain Marvel's in-story loss of flight, but the cover still grabs me for other reasons I can't quite nail. Maybe it's a flashback to those Captain America ads that ran in comics in the 80's or just the fact I'm a bit of a star gazer myself - who knows? It just works.

Daredevil: End of Days #5
Alex Maleev
Punisher and Daredevil are tied together better than some creators tick them off as, for as much as justice is blind, so too is the greif and hollowness of loss. Having Frank's fate in the 'final tale' of Daredevil really gives this circle closure.

What do you think?  Sound off below. For February 2013 solicits from other publishers click here, or for Marvel's full February line-up, follow the jump!
Posted by IADW at 7:52 pm