If one guy can rival Mike Allred's take on Medusa's serpentine curls in the upcoming Marvel NOW! series, FF, it's Art Adams. Not only are the dude's etchings freakishly, yet individually detailed, his run on the original Fantastic Four series, back when he helped introduce the 'new' quartet of Hulk, Wolverine, Spider-Man and Ghost Rider), was stunning.

Those issues conjured drool worthy thoughts over the idea of an extended Art run. An idea as this upcoming variant cover proves, is still as worthy of the label of 'awesome sauce' now, as it ever was. 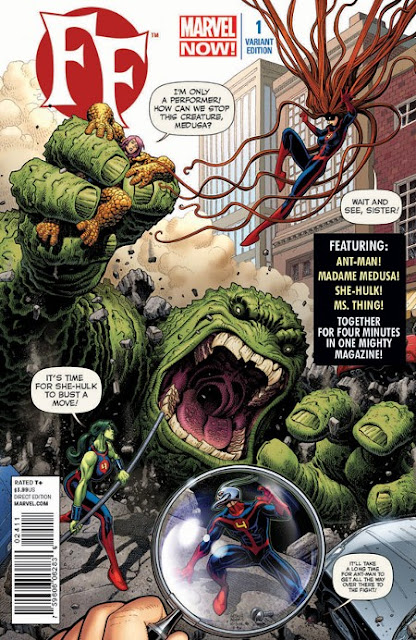 While I still haven't gotten over the name of new character Ms. Thing sounding more like a guest on the Ricki Lake show, due in stores the last week of November, this cover sure pays tribute to the Jack Kirby iconic original, that helped birth modern day Marvel.