ON THE FIVE: Interviewing Me On The Origins Of It's A Dan's World 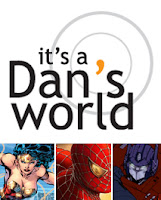 The Justice League movie. Grant Morrison's Wonder Woman story. A Force Works relaunch. Add to that, a post on the origins of It's A Dan's World and you have four things that have been in the pipeline a hell of a long time (okay, so Force Works isn't even rumoured yet, but hey let me dream)!

Fixing this procrastination, I'm interviewing myself, with five questions about the very site you now rest your eyes on. This ladies and gents, is It’s A Dan’s World: Year One.

1) What the hell possessed you to write a daily blog anyway?

Growing up in small town New Zealand, let alone a country where comics were more then just an 'underground' artform/hobby, I was literally the mutant in a DC world. While everyone knows Batman and Wolveroonie, few knew Ghost Rider or the Teen Titans - and I wanted to share my passion with people that did. I tried online forums, but watching trolls in action isn't that encouraging, so I started my own, aptly named; It's A Dan's World. 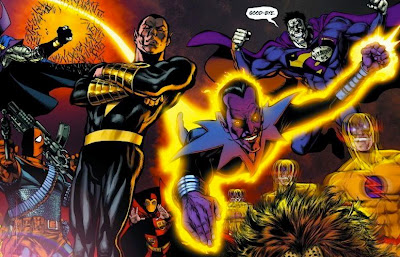 2) What was the original idea behind IADW?
A positive place that passed on my addiction to an imaginative and talented medium I truly love. That said I had three ways in which I wanted to do just that, and only the time to do one;

A) A site written as though by a rogue from pop culture's library of evil, focusing on news and posts from the villains perspective only.

B) A site that focused on six b-grade characters/concepts Thursday to Tuesday, and on Wednesday spotlighted a random yet just as cool character from the same row or further back (eg: Death Mondays, Timberwolf Tuesdays, The Thing Thursdays, Force Works Fridays, Adam Strange Saturdays, The Spectre Sundays, and Wednesdays anyone from Deathlok to Cloak and Dagger).


C) A website locked on great comics and their often overlooked illustrators, and the lengths others go to show their 'fan love'.

Unable to chose between option A or B, C won out by default. My favourite colour being orange, the design set itself. 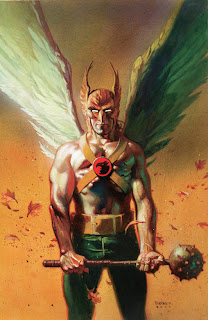 3) What other fan-sites inspired you?

Crikey! Where do I begin on that one? Firstly, hat has to be tipped to the legendary likes of Rob's Aquaman Shrine, Shag's Once Upon A Geek and Firestorm Fan, Doug's Doom Patrol Blog (My Greatest Adventure 80), as well as TheManWithoutFear, and The Marvel Family. Special mention also to The StoneChat Museum, as that is an awesome Hawkman blog, cut shot (albeit understandably) long before it's time.

Nowadays, add to that list; Dave's ROM and Suicide Squad blogs, Dale's Mr Morbid's House of Fun, OA's Bronze Tiger website, The Matt Murdock Chronicles, Too Dangerous For A Girl, IronFist Fan and all the other places I haunt/have clicked follow on, to visit when needing inspiration (see sidebar for a few more). These people are positive forces - not just for their chosen characters, but comics as well. It isn't easy being green, let alone blogging, so I thank them all for everything they do in making such great places to escape into!

4) What is one tip you can pass on to would-be bloggers?

Bank for a rainy day. Be honest of your limits and the time you can commit. Make sure you have posts in the bank, not date specific, that you can use to buy yourself some breathing space should you get sick or just get too busy to post on your selected days. It's a sweet gig, but keep it fun for you! 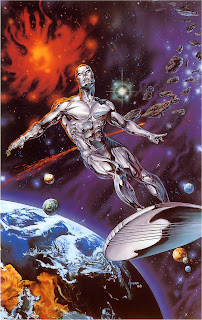 5) What are Dan's highlights from It's A Dan's World so far?
Interviewing Dan Jurgens was a fan-boy dream-come-true, as was having the equally influential Joe Jusko follow the site. Elaborating on that fact, it's the feedback and support I get by email, followers and comments, as well as all the people I've met over the years through IADW that now stand as friends. I'm not sure CBR's boss is rewarded the same, and it's the one spin-off that truely makes it all worth it - mutants in a DC world or not. Thank you everyone.
Posted by IADW at 12:49 am