Marvel has been waiting for November 2012 for a while now. With many Marvel NOW! releases set for the penultimate month of the year, it is surprising that it's more the publishers on the periphery of the 'Big Two' throwing equally big punches into the ring, instead of rivals DC. That said, here are my picks for the best comics of November. 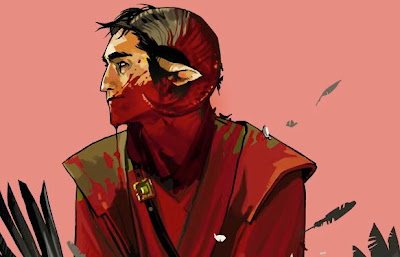 THE COMEDIAN (My Rank Outsider): SAGA #7 (Image Comics) Seriously people - even food isn't a good enough excuse to turn this book down. Now after a brief hiatus between story-arcs, it's back, in all it's television-headed, lie-cat deducting, mutilated guardian angel glory.

DR MANHATTAN (The Neon Blue Guy In The Room): CAPTAIN AMERICA #1 (Marvel) Following in the red butt-kicking boots of writer Ed Brubaker's Cap-noir run, you really have nowhere to hide. One quick shield toss out to sci-fi and the team of Uncanny X-Force hit-maker, writer Rick Remender, and Marvel living icon, John Romita Junior, sees a legendary team-up before the first page is turned. 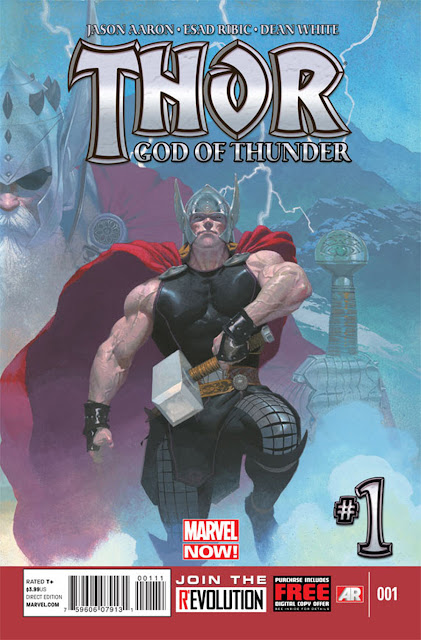 NITE OWL (The Dependable Goodie): THOR: GOD OF THUNDER #1 (Marvel) Scalped and the last Incredible Hulk series (among others) have all proven one thing; writer Jason Aaron does good word stuff. Even on his off day, he can still make other comics read like they were written by juniors, and now he's off to Asgard, with Esad Ribic on art - the man who literally defines the need for the term 'OMG'.

RORSCHACH (The Indie Voice): JUDGE DREDD #1 (IDW) What's it going to take to get the Judge to latch on in the U.S.? Everywhere else he's the Mega icon of MegaCity One. Now with a new movie having done pretty nicely, IDW taps writer Duane Swierczynski and artists Nelson Daniel and Paul Gulacy to put a few rounds in the chamber!

What about you?  What November comics are you looking forward to?
Posted by IADW at 1:05 pm