BENDING THE SPOON: Physicists To Study If Life Is Actually The Matrix 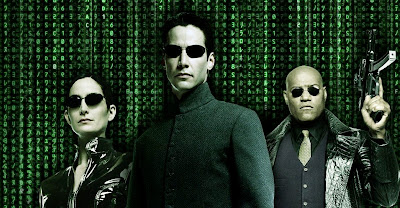 Usually if someone says 'We're living in the Matrix' you give them a bit of a sidewards glance, chuck 'em a few bucks for some soap and a shower, and tell the kids that's what happens when you do drugs. Still, the University of Washington are no such folk, but that hasn't stopped them actually putting funds towards a team of physicists exploring if the universe is one giant simulation program, run by super-computers of the future. Sound familiar?

Holy blue pill or red pill Batman! More from the news story itself;

Looking at constraints imposed on simulations by limited resources could show signs that we are mere bit-part players in a Matrix-style film plot.

It will take many years to reach the computational power to give a real glimpse of whether we are living in a simulation, the scientists contend, but even by looking at the tiny portion of the universe that we can currently accurately model, it may be possible to detect 'signatures' of constraints on physical processes that could point to a simulation.

While I spend the day practising my Matrix bullet dodge and checking whether the lady behind the cafe counter answers to 'Trinity', I'll be hoping during the "many years" it will take this team to deduce an answer, they'll find out how to work other previously thought video-game only abilities into the real world too. Sonic Hedgehog speed, Dhalsim's Yoga Fire - who doesn't want this stuff? Just don't make the price tag too high guys. I don't have the disposable income of the Uni of Washington.

Labels: better yet is it for real, Is it real, Real life studies, The Matrix, University of Washington