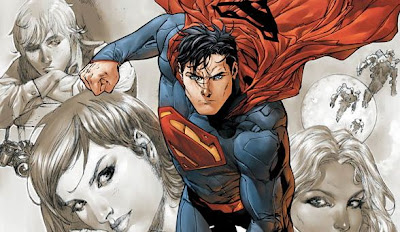 March?! Seriously? Are we onto that already? Well the folks at DC are even further ahead. What titles aren't coming out of crossovers are about to, and repercussions are spilling like truths on Jerry Springer. Of all the 'Oh no you didn't's and relationship shattering going down, these are the best covers from DC's March solicitations. 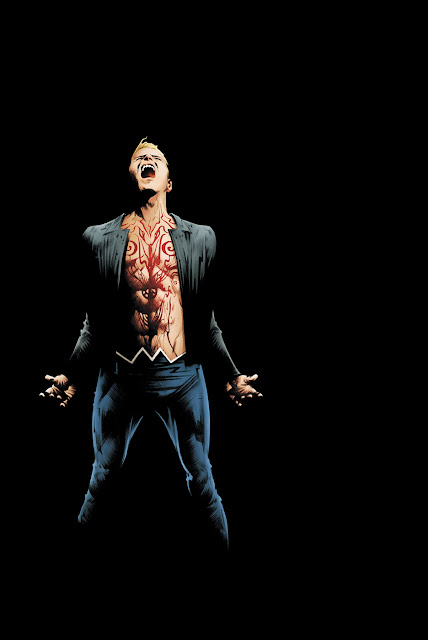 Why is Animal Man screaming? Beats me. Maybe he's heard the latest Wonder Woman TV pitch might not be even have a main character called Wonder Woman or Diana. Or maybe he's trying to prove the adage 'DC is the space where if you're not a bat-title, no one can hear you scream' wrong.

DC says: Rotworld epilogue. The horrible tragedy of Rotworld weighs heavily on the Baker family. Nothing will be the same for Animal Man after this issue! 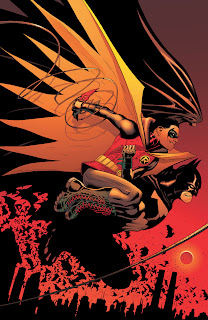 Batman and Robin #18
Patrick Gleason
Hey it's a pic of Batman and Robin jumping. And why wouldn't they? They have alot to jump about. They've been on everything from toasters to toothbrushes, and there's no one alive who doesn't know their name (okay, yes the under twos probably don't' but you're just being picky now).

Plus it's Patrick Gleason! Folks should jump every time he touches a pen. See? Even B&R think so. 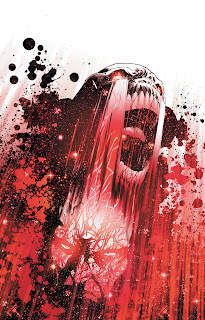 Red Lanterns #18
Miguel Sepulveda
The Wrath of the First Lantern storyline continues, as the first guy at bat decides to give Atrocitus something new to screen over. Wait, the guy is powered by rage isn't he? Should screaming be something new or painful to him? Maybe the First Lantern should try tickling him. Angry people hate laughing - ruins their mojo.

What do you think?  Sound off below. For March 2013 solicits from other publishers as they're released click here, or for DC's full March line-up, follow the jump!
Posted by IADW at 7:33 pm