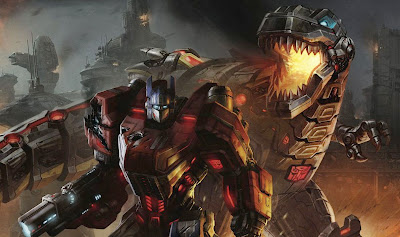 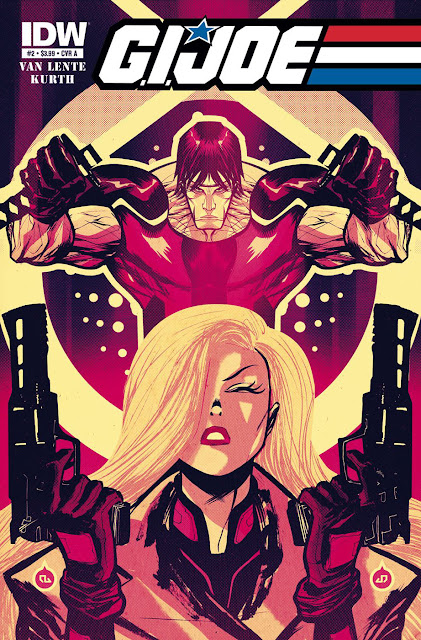 If the interiors are as good as these covers, the upcoming G.I. Joe relaunch may just be a relaunch worth a relaunch buzz (and don't we all know that that is rare when that happens).

IDW says: Homefront! The G.I. Joe team battles Cobra to the death on American soil! COVER GIRL, DOC, and the newest member, Hashtag have been separated from the rest and have to fight their way through hundreds of kill-crazy Cobra sympathizers--with a teammate's life hanging in the balance! Plus: The Baroness has Duke in her clutches. So why isn't Destro happy about that? 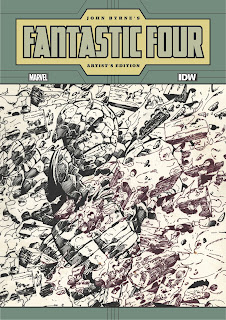 Hey who knew this was here? A John Byrne's Fantastic Four Artists Edition - how 'bout that? 160 pages reprinted from the inked artwork of one of the seminal runs in comics, at original size. Black and White imagination in art has rarely looked better. 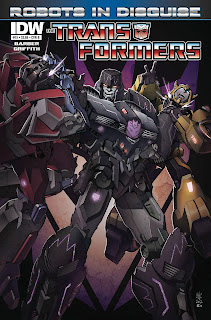 That Megatron. Maybe he's just misunderstood and strangling folks  is just his coping mechanism or way of saying 'I (heart) you'. Then you take the fact he has tried to destroy the earth multiple times and you think 'Hey, maybe not'. I can admit when I'm wrong - don't you believe otherwise.

What do you think?  Sound off below. For March 2013 solicits from other publishers click here, or for IDW's full March line-up, follow the jump!
Posted by IADW at 3:30 am